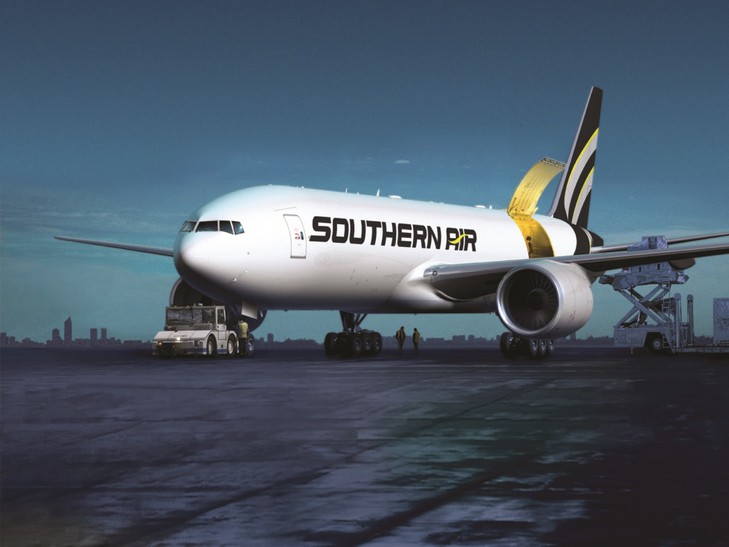 Southern Air pilots have ratified an agreement for interim enhancements to the collective bargaining agreement covering pilots, but union representatives are demanding further improvements.
The interim agreement increases pay rates for Southern Air pilots to the same wage scales as provided to pilots of sister airline Atlas Air.
It also provides for a ratification bonus and other terms and conditions that are comparable to those provided to their colleagues at Atlas Air.
“For too long, Southern Air pilots have been operating under one of the worst contracts in the industry,” said Bryan Holmberg, a veteran pilot at Southern Air and the Southern Air executive council chairman at APA Teamsters Local 1224.
“While the Southern agreement no longer stands alone as the worst, we are on par with our Atlas brothers and sisters, joining them in what is now the low-bar agreement in the industry.
"The company still has a long way to go until it will be able to end the rapid turnover and have the capability to attract the new hire pilots we need to meet growing customer demands.”
Meanwhile, Atlas Air welcomed the agreement.
“We are pleased to enter into this agreement to benefit our Southern Air pilots, and we appreciate the hard work and commitment of the IBT during the entire process,” said Atlas Air president and chief operating officer John Dietrich.
“We look forward to continuing our collaborative and productive discussions with the IBT leadership as we proceed toward the merger of Atlas Air and Southern Air and the completion of a joint collective bargaining agreement covering all of our pilots.
“We value the professionalism and contributions of our Atlas Air and Southern Air crew members and the excellent service they provide every day. We also remain committed to completing the bargaining process for a joint contract in a timely manner and in the best interests of all parties.”
Atlas Air Worldwide is hoping to unite its Atlas Air and Southern Air pilots under one contract, following its acquisition of Southern Air and Florida West International Airways.
Sign up to receive Air Cargo News direct to your inbox for free