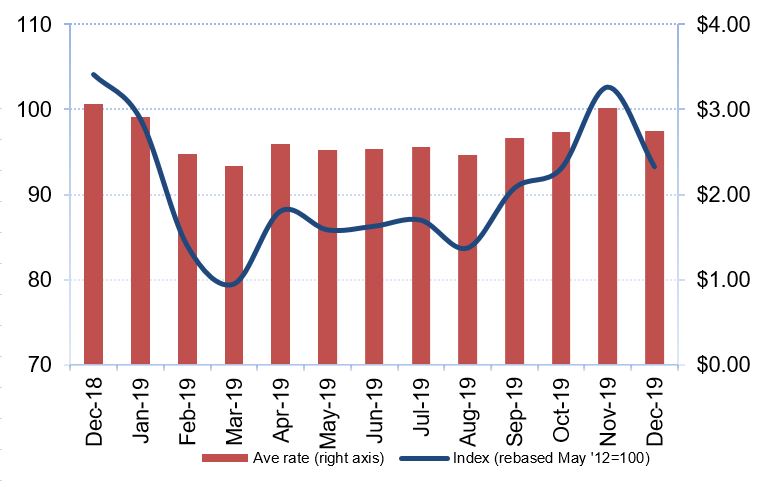 Airfreight rates slid in December following a rise in November, reflecting a decline in demand as peak season came to a close.

The latest East-West airfreight price index from consultant Drewry’s Sea and Air Shipper Insight report showed that prices reached $2.74 per kg in December last year, down from $3.02 in the previous month.

The fact that 2019 prices reached their highest level in November was in line with previous years and reflected the industry’s traditionally busy peak season, ahead of Christmas.

“Having climbed to the year’s best level of 102.6 (from a May 2012 base) in November, the Drewry East-West Airfreight Price Index slipped to 93.3 in December with an average rate of $2.74 per kg, down 9% from November and 10% from a year earlier,” a spokesperson at Drewry commented.

“As per the historical trend of the past seven years, airfreight rates have always dropped between December and January, and if the pattern continues rates will further decrease in January 2020.”

Imperial partners with MEX as they take aim at African market

Imperial has entered into a partnership with Turkish freight forwarder M Ekspres (MEX), which will see the creation of a…