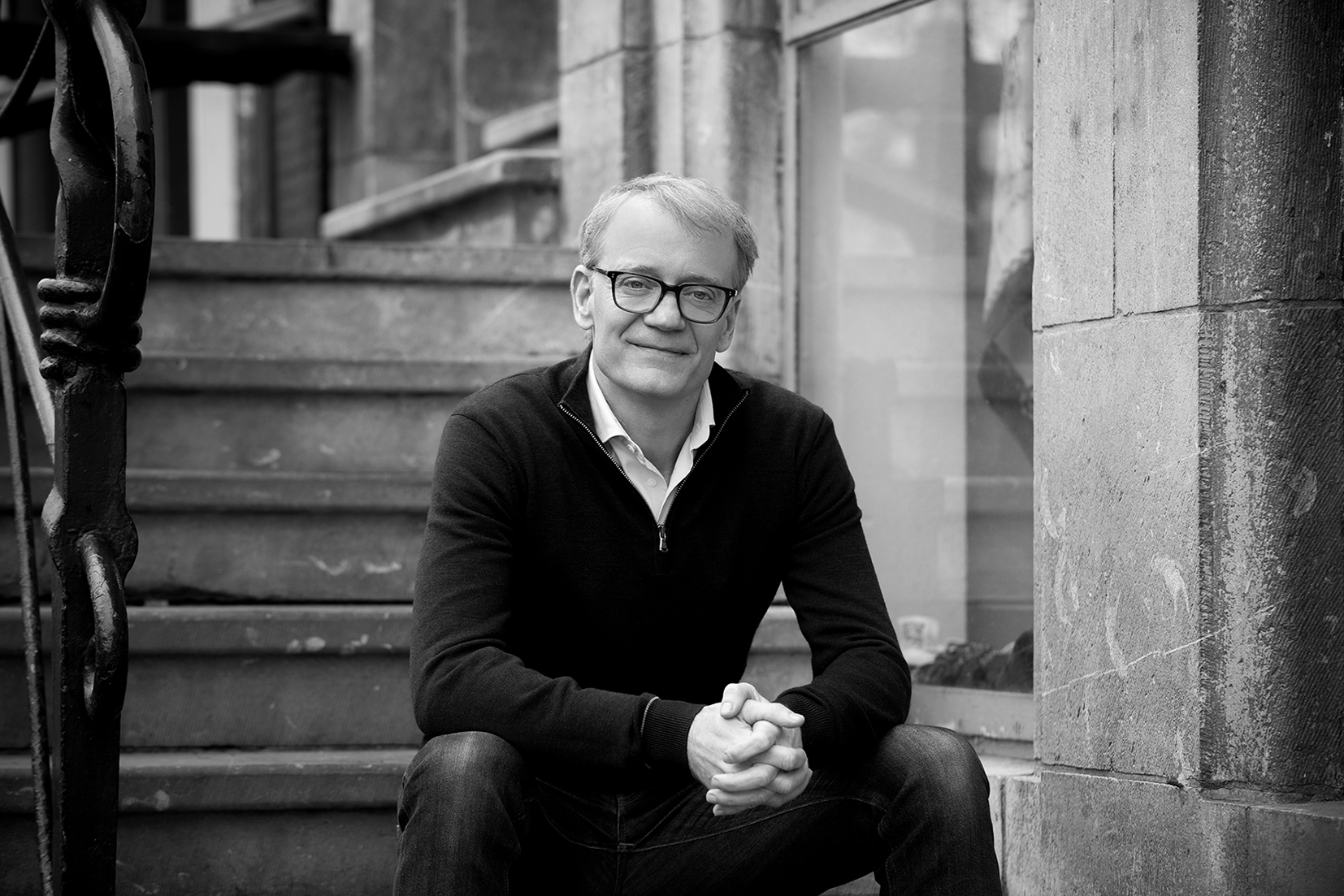 Is a passenger aircraft bellyhold half empty or half full? Does the airfreight industry need another way to measure capacity utilisation, rather than the long-established weight-based load factor?

Niall van de Wouw, managing director of CLIVE Data Services, believes so — and that the global utilisation of air cargo capacity is 35% higher than the traditional industry indicator suggests.

His calculations are based upon a new metric, the dynamic load factor, which will heighten the important — but still hidden role — played by airfreight in airline economics with all stakeholders: airports, slot co-ordinators, legislators and aircraft manufacturers.

So impressed is TIACA by the dynamic load factor that it has signed an intelligence sharing agreement with CLIVE to “deliver the very latest market and route analyses” to its membership.

Steven Polmans, chairman of TIACA, said at the time of the CLIVE announcement: “CLIVE’s dynamic load factor is registering a lot of interest because it breaks with tradition and is changing the way air cargo usage is measured based on the realities of today’s market. It is also the fastest source of data, which is very appealing for our members.”

How does the dynamic load factor work?
Traditionally, the amount of cargo flown in kgs is divided by the level of cargo capacity in kgs.

He says: “Consequently, existing load factors, based only on weight, underestimate how full planes really are and thus give a distorted picture of how the industry really is performing.”

Flights nearly always ‘cube out’ before they ‘weigh out’ and this discrepancy in capacity density and cargo density will further increase.

New planes entering the market can lift more kgs of cargo per cubic metre, while the surge in e-commerce traffic will further decrease the average density of the cargo flown.

As a practical example, van de Wouw states: “Based on our latest analyses, the global weight load factor during March was 47%, while our dynamic load factor averaged at 68%. The latter is far more reflective of the pressure on air cargo capacity than the former.”

Van de Wouw entered the world of airfreight as a law student earning extra money driving a forklift and building air cargo pallets at the KLM Cargo warehouse in Amsterdam Schiphol, making sure that air waybills and the pallets matched.

His first memories of aviation are as an eight-year-old standing alongside the Schiphol runway with his father — who worked in the automation department (now called IT) at KLM — watching the aircraft take-off and land.

After getting his degree he joined KLM Cargo, where he was given a job within the department to work with the “eager beavers” as they were called, a team of four young guns focusing on sales and marketing.

KLM Cargo was then headed by the legendary Jacques Ancher, respected by many as an original thinker and whose management protégés now hold senior positions throughout the global air cargo industry.

“I was part of the Air Logistics unit that focused on developing ancillary services in cargo, for example setting up a parts distribution centre for Boeing, which was my last job at KLM.”

There then followed four years as a consultant, and then a cargo systems role with Boeing subsidiary Jeppesen, a leading provider of optimisation software for the aviation industry. It was at Jeppesen where van de Wouw met his current business partners at CLIVE.

Moving on
After Jeppesen, he worked at Seabury Consulting advisory services until he received a call from his ex-Jeppesen colleagues, who are based in Australia, that wanted someone to expand their European business.

“I said ‘no thank you’, but I have an idea that you might be interested in, and they said ‘yes’.”

He continues: “The first service delivered by CLIVE was in technology. During my consulting days, I saw that Excel was the primary software in making certain decisions. There is so much money going around in this industry and yet Excel was still the main software support, and [I thought] that cannot be right. Excel is a spreadsheet system that is definitely not built to manage processes. So, eight years, ago we built an app to do that.”

Van de Wouw adds: “Then, and quite often now, technology can still be pretty rough at the edges when it comes to usability — it looks ugly and is not that easy to handle.

“We said we are going to build an application that is built purely for one specific process and this was for freight allocations on aircraft.

“That was the foundation and that is where CLIVE’s phrase ‘humanised technology’ comes from: technology that has been built with the user at the core to make it simple.”

The idea for the dynamic load factor came from a tweet comparing how the passenger load factor had gone up over a couple of years while the cargo load factor remained flat at less than 50%, and that cargo was missing out.

“If there was one particular spark for our dynamic load factor push, it was that tweet. It was frustrating because it was deceiving how these numbers are calculated and that is not good for the industry.

“The people who know the air cargo industry recognise that those numbers are misleading in the way they are calculated.

“But I was more concerned about the people who did not know the air cargo industry and who take the load factor at face value — and many do, thinking that planes are half empty from a cargo point of view.”

An open letter to the industry on the issue of load factor measurement failed to rally the troops, so CLIVE set up its ‘Project Selfie’ initiative for airlines to provide data, which confirmed that the dynamic load factor demonstrated a more efficient use of aircraft capacity.

The impetus was not broadly carried through, but van de Wouw was determined to see the dynamic load factor accepted by the industry and that is why the agreement with TIACA is an important milestone.

“We know that the dynamic load factor is a better way of representing how full planes are and I believe it should be heard. I would be happier if the air cargo industry would embrace it and change their reporting in the years to come.

“We would then see that the load factor in airfreight is hovering around the 70% mark and not the 50% mark.”

Changing minds
Some airlines may be wedded to the traditional weight-based load factor because it has been the standard reporting metric in financial results for many years.

“For them to tell the stock analysts, ‘hey guys, we are going to introduce a new metric and by the way it is 35% better than previously stated’, then these analysts will ask ‘why did you not report that earlier if there is such a difference?’

“The finance departments of the airlines are likely less interested in whether or not the weight load factor is misleading, as long as it to relates to the last quarter or the last year.”

But, says van de Wouw, “things are changing, and I know that some companies are now using this metric internally”.

A higher air cargo load factor also has benefits in the climate change debate, as it makes shippers’ supply chains more efficient because of the lower carbon footprint.

This element of the dynamic load factor has seen some interest from several shippers.

Alongside the positive economic factor of the dynamic load factor for air cargo, van de Wouw is also interested in how it can make the airfreight industry pull its true weight (or volume) among the wider community.

“By using the dynamic load factor, this industry has the opportunity to make a big leap forward from a PR point of view, at very little cost.

“It will show that it is a lot more efficient than the traditional numbers currently are suggesting.”

At a time of the coronavirus, when passenger airlines are grounding their fleets or operating a few cargo-only flights, is there a chance that the dynamic load factor could finally find acceptance when the aviation industry, or what is left of it, has to recalibrate its business model?

Van de Wouw is not convinced: “It should have been put in place years ago and to me those are two unrelated elements. The weight-based load factor was misleading before coronavirus and will be misleading after coronavirus.”

Half empty or half full, the industry is now taking note.

The air cargo industry will not suffer any “lasting negative impact” from the pandemic, an industry expert has said. Speaking…