The demand declines registered in air cargo this year do not to tell the full story when it comes to the industry’s performance, according to data provider WorldACD.

In an analysis of how the industry has been performing on a country-by-country basis, WorldACD found that the 4% year-on-year decline in chargeable weight registered at a global level over the first seven months of 2022 is largely the result of a drop-off in eight origins, in particular those located in North Asia.

However, the data firm pointed out that last year was a stellar year for North Asia as demand from the region surged and that compared with pre-Covid 2019 volumes are not too far behind. 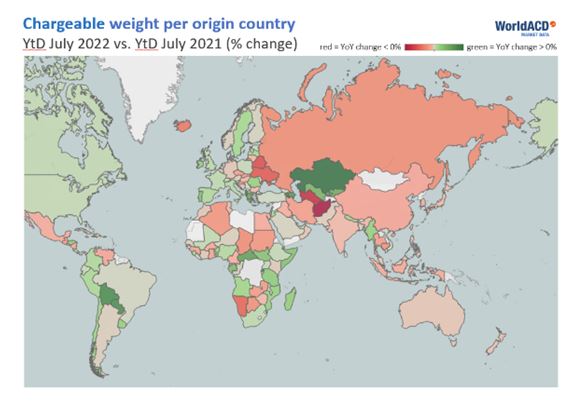 “It appears that eight countries are responsible for 80% of the year-on-year decline this year (in order of importance): China, Hong Kong, Thailand, Japan, Germany, India, Taiwan and South Korea,” WorldACD said.

“Given this list of countries, it is fair to say that it is predominantly a result of developments in North Asia. The year-on-year volume slide from North Asia stood at 12%.

“However, it is important to mention that 2022 for North Asia is not very different from the pre-covid year 2019, with volumes being only 1% lower.”

Out of the 157 countries that WorldACD provides data for, more than half still experienced positive outbound growth in the first seven months of 2022 (see chart above). 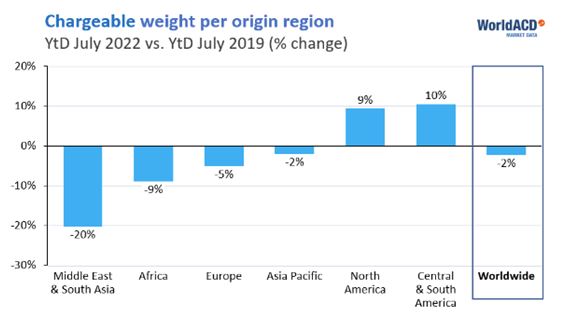