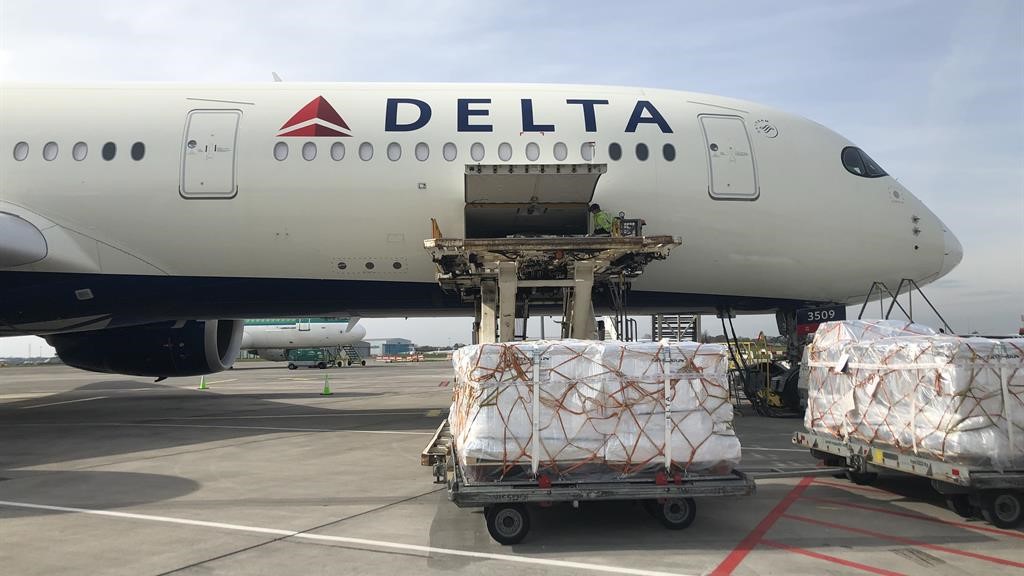 Delta will work as part of Operation Supply Formula to fly much-needed baby formula from Europe to the US.

Over the course of 13 flights later this month, Delta Cargo will transport a total of 212,000 pounds of Kendamil baby formula from London’s Heathrow Airport (LHR) to Boston Logan Airport (BOS) and Detroit Metropolitan Wayne County Airport (DTW) on flights from 20 – 24 June.

At the direction of President Joe Biden and the White House, the US government launched Operation Fly Formula to speed up the import of infant formula. This authorises the US departments of Agriculture and Health and Human Services to use Defence department-contracted commercial aircraft to pick up overseas infant formula that meets US health and safety standards.

Formula has been hard to find in some parts of the US since suspected contamination led to a recall and the closure of a large manufacturing plant in Michigan. That plant reportedly supplied as much as one-fifth of all the infant formula in the country.

The shutdown resulted in a fall in supplies that had already been hit by supply chain disruptions and stockpiling during Covid-19.

Traditionally 98% of the infant formula supply in the US is made domestically. Companies seeking to enter the US face several major hurdles, including rigorous research and manufacturing standards imposed by the FDA (Food & Drug Administration).

The Michigan plant has since reopened but it will take between six and eight weeks before products reach the shelves. So the FDA has taken additional steps to ease the supply chain crunch. It said it was streamlining its review process to make it easier for foreign manufacturers to begin shipping more formula into the US.

Rob Walpole, vice president – Delta Cargo, said: “Delivering baby formula to those who need it most as part of Operation Fly Formula is one way we can live out a deeply ingrained core value at Delta: a commitment to serving the health and well-being of our communities.”