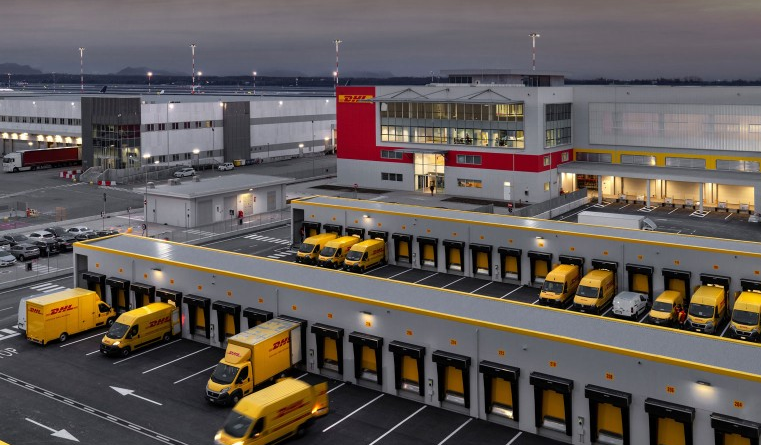 DHL Express has opened a new €110m logistics hub at Malpensa Airport as part of an ongoing investment in Italy.

The express giant said that from its new hub it would be able to operate more than 30 flights per day and handle nearly 38,000 pieces per hour.

The development at Malpensa represents one third of the total investments in Italy by DHL Express and becomes its fourth largest European hub after Leipzig, East Midlands and Brussels.

DHL Express Italy chief executive Nazzarena Franco said: “The Malpensa Hub is the flagship of our strengthening strategy in Italy, in which we have an ambitious investment plan of over €350m with the aim of being the partner of companies that produce and export Italian excellence in the world.

“Despite the pandemic our business has never stopped, and we have always tried to meet the needs of companies by supporting their efforts particularly in foreign markets. Lombardy represents one third of the country’s exports thanks to a dynamic entrepreneurial system and highly innovative supply chains such as IT, textiles, fashion, aeronautics, automotive and with the new hub we want to contribute to the growth of Italian exports.”

The new hub is able to move Express shipments to and from Italy through the national airports of Ancona, Pisa, Naples, to and from Europe with transit on Leipzig, Brussels, Paris, Barcelona, Vitoria, London, East Midlands, Cologne, Zagreb, Athens, Budapest and Thessaloniki. Additionally, shipments can be moved outside Europe to Bahrain, Seoul and Cincinnati.

All industries verticals served by DHL Express are managed in the hub, from manufacturing to luxury, from e-commerce to automotive, chemical, aeronautics.

DHL Express Europe chief executive Alberto Nobis said: “The pandemic has not only changed our current lives, but also changed our future. Globalisation and digitalisation play a crucial role in the economic recovery from Covid-19.

“They enable E-commerce and cross-border trade, which nurtures an increasing demand on express services. With our new logistics hub in Italy, we can react to this increase in demand by further connecting markets internationally.”

The facility employs 900 people — during peak periods this number could increase by a further 10%.