Global trade bounced back quickly following the Covid-pandemic and remains strong despite the war in Ukraine and rising cost of living, according to the DHL Trade Growth Atlas 2022.

The report, which was produced in conjunction with New York University Stern Business School (NYU Stern), found that the Covid pandemic had not been “the major setback for global trade that many anticipated”.

The report found that international trade in goods has surged to as high as 10% above pre-pandemic levels, “even in the face of significant supply bottlenecks that constrained further growth”.

“The pandemic caused an unprecedented shift in consumption from services (many of which, like restaurant meals and tourism, were restricted to reduce in-person contact) to physical goods, which were already traded much more intensively than services.

“At the same time, the pandemic also accelerated the growth of cross-border e-commerce.

“At the beginning of the pandemic, there was a surge of interest in shortening supply chains and producing goods closer to customers.

“But as trade rebounded and global supply chains delivered a record amount of goods, many companies backed away from reshoring and nearshoring plans.” 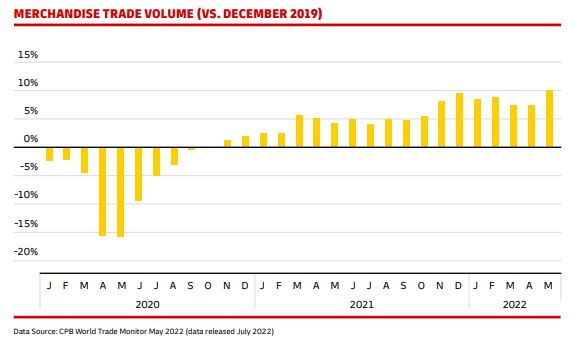 Looking at this year, the report found that trade growth estimates had been downgraded following the outbreak of war in Ukraine.

However, recent forecasts still suggest trade will grow slightly faster in 2022 and 2023 than it did over the preceding decade.

“The war in Ukraine has confronted globalisation with yet another shock, but the evidence thus far points to a much smaller impact on global trade growth as compared to the pandemic,” the report states.

The report also found that export trade growth expansion will be led by Southeast, South Asia and Sub-Saharan Africa.

“Vietnam, India, and the Philippines stand out on both speed and scale of projected trade growth through 2026,” DHL and NYU stern said. 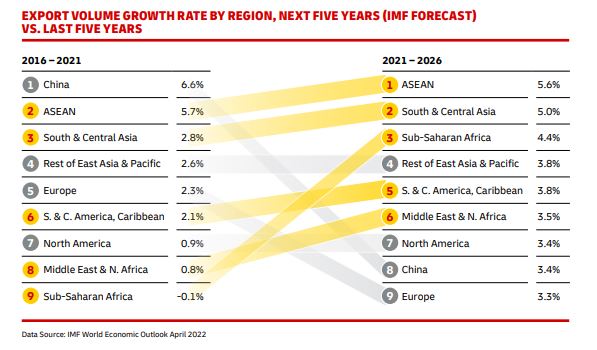 The report added that emerging economies are also becoming increasingly important exporters of sophisticated capital goods – such as industrial equipment and engines.

On the impact of inflation, the report said that trade could play a vital role in responding to the issue.

“With inflation at multi-decade highs and economies slowing down, trade’s power to accelerate growth, lower prices, and diversify sources of key inputs is even more crucial for companies and countries than it was before the present wave of crises.”

NYU Stern points to a report from McKinsey showing that e-commerce sales are likely to soar from $300bn in 2020 to roughly $1trn in 2030. 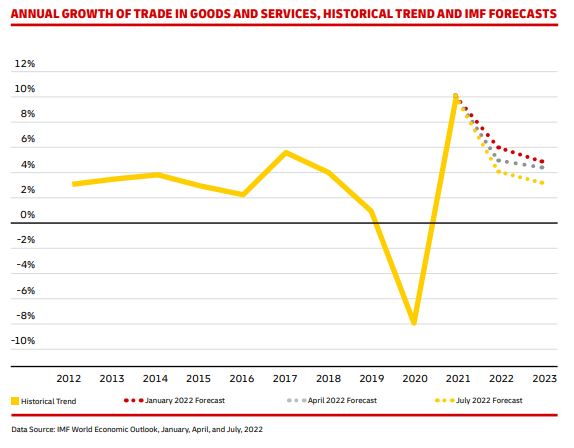 Project forwarder deugro has sold its Russian business following the outbreak of war in Ukraine. The company said that the…