Global trade bounces back while interest in nearshoring recedes 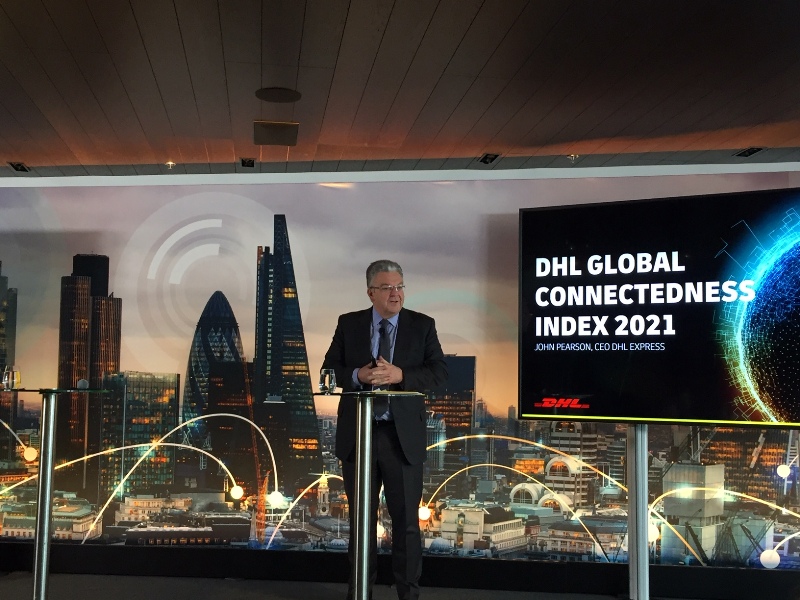 Trade has bounced back to pre-pandemic levels while interest in the regionalisation of supply chains has receded, according to the latest Global Connectedness Index from DHL Express and NYU Stern School of Business.

The overall Global Connectedness Index, which analyses globalisation across trade, capital, information and people, is on track to rise during 2021 after declining last year due to the pandemic.

The improvement is led by a “surge in international trade” since mid-2020, which despite the supply chain issues noted over the last 12 months is 5% above pre-pandemic levels in terms of the global volume of goods.

John Pearson, chief executive DHL Express, said: “Many feared that the global crisis would jeopardize the progress of globalization. We have been analyzing the various international flows worldwide for years and after 1.5 years of the pandemic, we can now safely assure: the pandemic has not caused globalization to collapse.

“After initial dips in 2020, the DHL Global Connectedness Index is already on the rise again this year. Trade has provided a lifeline for countries around the world, and DHL Express has played a key role in areas ranging from vaccine distribution to e-commerce.”

The surge of international trade since mid-2020 “far surpassed initial forecasts”, even as the mix of goods traded changed more than usual. 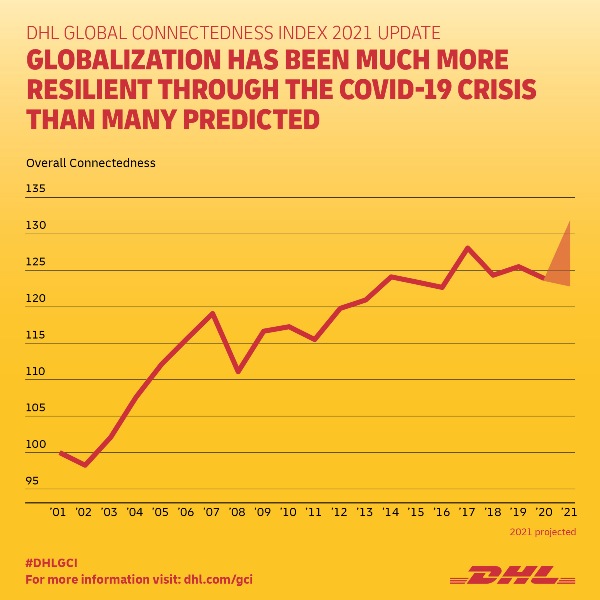 For example, the trade of face masks was up 480%, pharma products 10%, electronic parts 3% and precious metals/jewelry 5%.

On the other side of the scale, vehicle parts dropped 14%, apparel was down 14%, mineral fuels 31% and aircraft/spacecraft parts 36%.

“Trade in goods used to fight the pandemic soared while trade in many other products declined,” DHL said in a press release.

Meanwhile, DHL and NYU said interest in moving production closer to the final market to avoid the supply chain disruption experienced over the last 18 months has receded.

The two pointed to a survey from EY Europe Attractiveness Surveys that showed in April 2020 83% of respondent companies were considering nearshoring, but this had dropped to 23% a year later.

Also, trade in goods took place over longer distances, on average, in 2020.

“Changing your supply chain set up is extremely complicated,” said Pearson. “People talk about changing tier one suppliers not realising that tier two suppliers are also producing in China, or wherever it may be, so it is an extremely complex topic.

“It is brain surgery, not foot surgery and one slip and you can really mess things up. It talks to stability and the extent to which those global long distance supply chains continue to prevail.”

Steven Altman, senior research scholar and director of the DHL Initiative on Globalization, NYU Stern, added: “The pandemic struck and there were a lot of challenges, but when it came to bringing activity back online, to getting supply chains back up and running, the supply chains that were already in place were the ones that needed to deliver.”

He added: “There was research that showed that while supply chains that were concentrated particularly in one part of the world were hit hard in the early stages of the pandemic, in the end, concentration, specialisation, scale,  in a particular part of the world was actually something that contributed to swift growth.

“Looking at the longer term fundamentals, companies chose to locate in a particular place for a particular reason – whether it was for quality or cost – and these things do not change that quickly.” 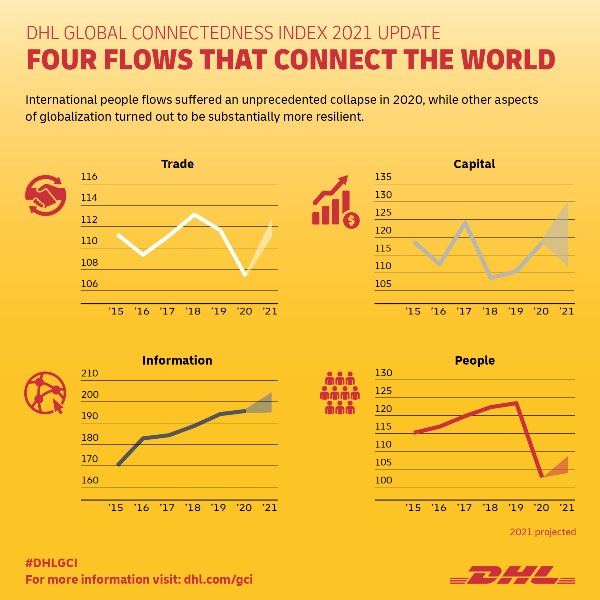 Altman was also asked whether he felt the ongoing pandemic could hit globalisation and trade in the future.

“Given the way trends have developed so far, I would not see an ongoing pandemic causing a collapse in global connectedness,” he said.

“We saw an early collapse and then a driver of the fundamental benefits of trade, capital and information flows keeping the index up.

“The one area we may see some shifting over a longer period is supply chain re-configuration because it takes time to implement those and restrictions on travel slow down the process of building new relationships and finding new suppliers.

“That may take time over a longer period but I see no signs that the pandemic will lead to a collapse of globalisation.”

Looking at the other sectors that are analysed for the index: Foreign direct investment flows shrunk even more than trade in 2020, but they are on track for a full recovery in 2021.

International data flows surged in 2020 as in-person interactions went online, but this did not break a longer-term slowdown in the globalization of information flows.

Finally, international flows of people were hit the hardest by the pandemic, and they are recovering slowly. International travel fell 73% in 2020, but there are glimmers of a recovery starting in mid-2021.