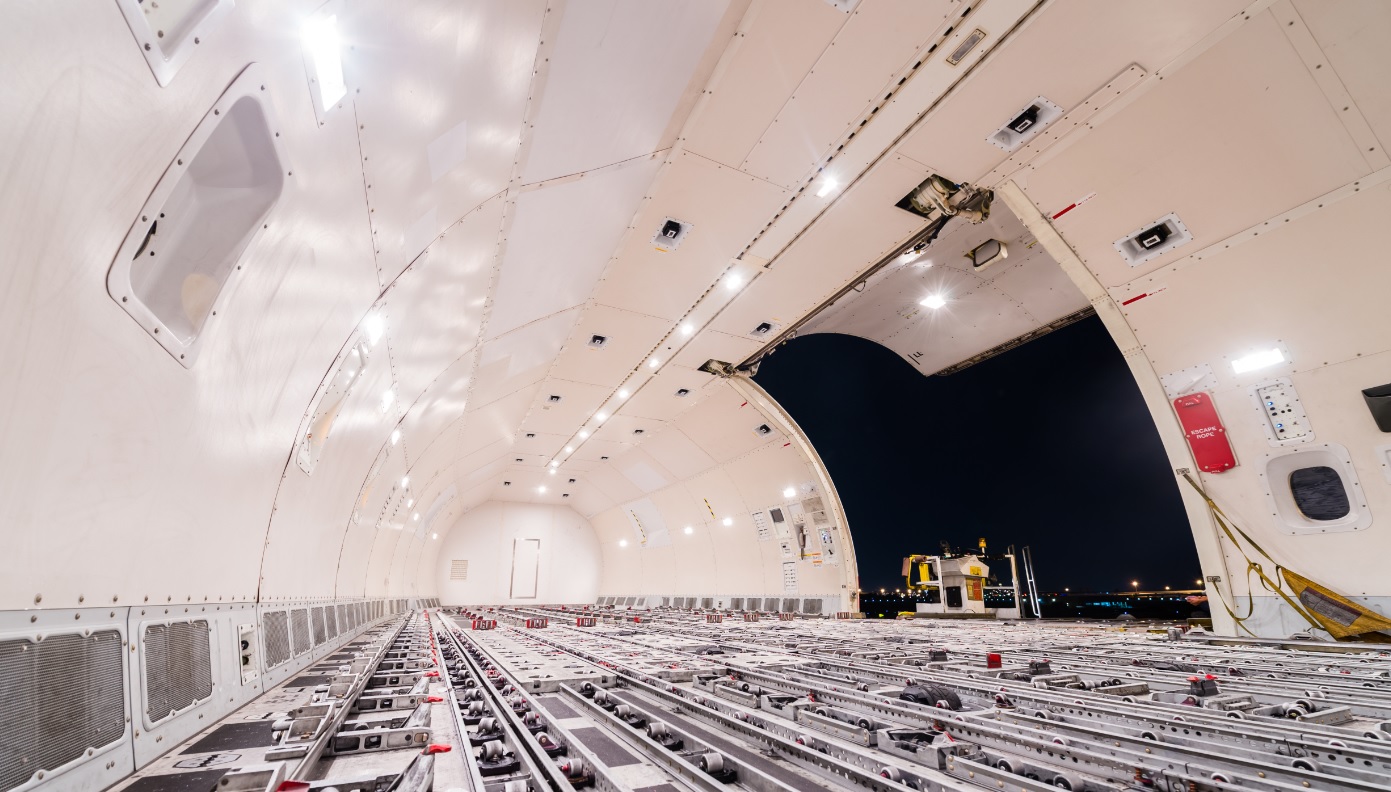 Turbulence is an understatement when describing the many variables facing air cargo’s Asia-Europe trade lane in 2022.

A cocktail of ingredients looms ominously: possible Covid-19 variants shutting down factories as well as airlines and airports, while consumer spending may be dampened by inflation and there is also the long-term prospect of high freight rates.

Added to the mix is Russia’s invasion of Ukraine, which has limited the Volga-Dnepr Group’s Asia-Europe operations. Other airlines are forced to take longer routes to avoid restricted airspace. The price of fuel is also on the rise.

That is the background to trade lane unknowns as Air Cargo News approached key stakeholders about their expectations for Asia-Europe this year [ED: all were speaking prior to the start of the Ukraine conflict].

In the second week of January this year the load factor of all westbound flights Asia Pacific (APAC) had a DLF of 90%, and for that into Europe the figure was 92%: “That is not typically the busiest season, so flights are already full.”

“So, it has more than doubled and this is the whole of APAC and not just Hong Kong or Shanghai.”

Asked for their view on bellyhold and freighter capacity versus demand in 2022, and the potential effect on rates, there was relative consensus among airlines and forwarders.

“Capacity shortage is expected to continue, with belly-capacity remaining below pre-Covid levels. Rates are therefore likely to persist at their current high levels.”

Mads Ravn, vice president at forwarder DSV and head of the DSV Air Charter Network, says: “We foresee a marginal capacity increase for the full year, starting with a decrease in quarter one, followed by a decent increase of belly capacity in quarter three, perhaps going into quarter four.

He adds: “Block space is not completely gone, but the fact is that no carrier wants to lock in rates for the long term should the market increase as we saw in 2021 from certain origins in Asia.

“The block space agreement (BSA) has been shortened and is always subject to a bunch of variables. The economics of a departure must work otherwise it gets pulled quickly – BSA or not.”

On rates, Ravn observes: “We believe most origins have peaked in quarter four last year, so rates will not go higher but, overall, they will not drop significantly either.

“We expect rates to drop slightly in quarter two ex Asia for a short period of time, only to start climbing again in early quarter three. The average for the year will be slightly lower than last year. All depending on further Covid outbreaks.”

Pfaff believes that belly capacity will not recover to pre-Covid (2019) levels, citing a slower ramp up, for example Lufthansa’s Munich flights to Asia resuming between April and June this year, while a Munich flight to mainland China is not yet in the 2022 plan.

Pfaff sees “stable freighter capacity” with Lufthansa’s B777F fleet operating between 35-36 flights per week to APAC, with some extra capacity using an Airbus A321F pencilled in from March this year.

Pfaff says: “Conversions from passenger to freighter capacity continue, also in the form of charter. It is challenging to predict the rate trend at this moment,” but adds that rates are likely to be sustained on a higher level in the first half of 2022, due to seafreight congestion and a “paradigm shift” in consumer shopping habits due to Covid. 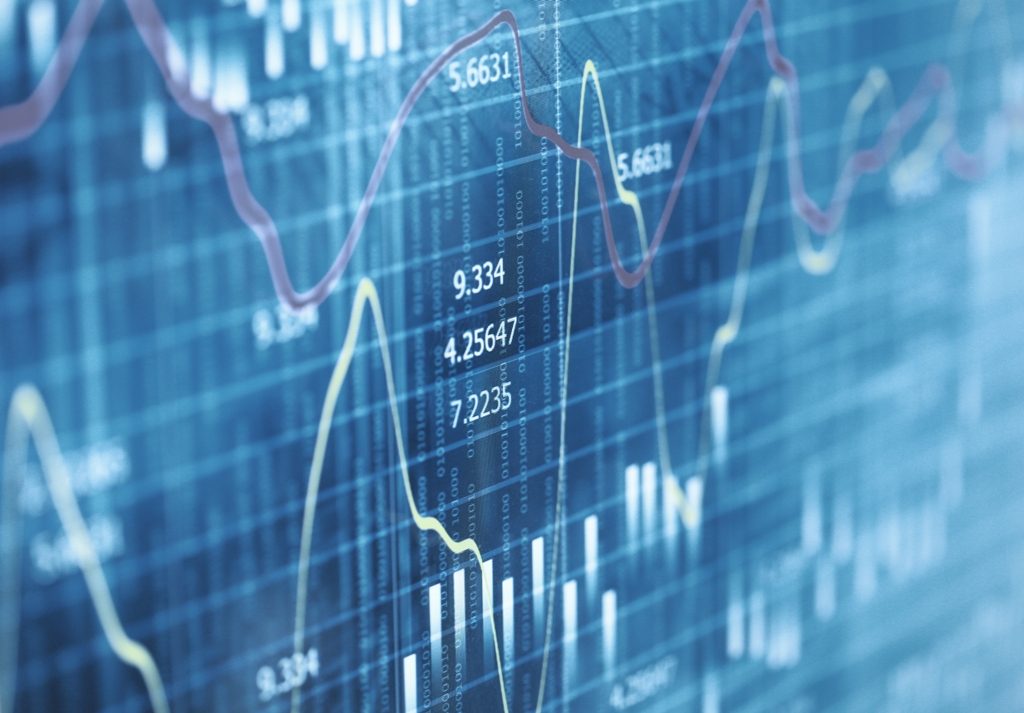 Does this year’s Chinese New Year/Lunar New Year (CNY) airfreight activity provide an insight into the year ahead?

Ceci of Cargolux observes that strong demand and tight capacity are expected to continue after Chinese New Year.

Pfaff of Lufthansa says: “Stepping into 2022, we saw a dip from 2021’s strong December. There was a mixed picture from APAC markets in the first half of January. While generally, the CNY pattern, which lasts for four weeks, is not representative to reflect the APAC cargo market in 2022.

“That being said, indeed we see a slight difference this year due to the Covid measures.”

While a pre-CNY peak was expected, Pfaff observes that it was probably less strong than in previous years, because in mainland China the government advised people not to travel across the provinces and to stay in the same cities, for better Covid precautions.

Fewer workers took a holiday, resulting in a shorter production off-period before CNY, which would mean less backlog that airlines can carry over through the holiday period.

Pfaff continues: “Similarly, factories might be able to ramp-up their operations after the holidays faster than usual, which could lead to a speedy recovery.”

The CNY picture is further masked, says Pfaff, with China hosting both February’s Winter Olympics and the Paralympics in March.

The Chinese government has implemented strict measures for these events, ranging from limited production/factory close, and frequent Covid testing on workers.

Covid outbreaks in the nearby cities to the Beijing Olympics venues could result in trucking restrictions which would mean reduced factory production and thus lower airfreight demand during CNY.

Ravn of DSV has no doubt that it will have an effect and is “unavoidable”. He adds: “In DSV, we are ready to assist across transport modes – also with our global airfreight offering, which we have expanded with new routes to and from Asia at the beginning of the year.

“The backlog is still ongoing on the West Coast of the US and with massive delays to pretty much every corridor, we do not anticipate the situation to correct itself until late 2022 and possibly not until next year.”

Cargolux’s Ceci states: “The resolution of capacity constraints in ocean freight depends on both the situation of the bottlenecks at US ports and the quarantine restrictions in China.”

Lufthansa’s Pfaff provides an example for the knock-on effect in mainland China, when Ningbo suspended trucking services near that port after an outbreak of Covid-19: “Ships re-routed to Shanghai and Xiamen to avoid delay, adding a new wave of congestion facing China’s ports. The strict testing of workers and truckers is further stressing already strained supply chains. Similar bottleneck and backlog are seen in Shekou and Tianjin etc.

Pfaff continues: “Airfreight will continue to benefit from seafreight problems as long as the bottlenecks exists, to a lower extent moving forward, as more capacity is thrown into the air cargo market, and rates might not be as high as in 2021.

“In a longer perspective, companies might reconsider their supply chain strategy to avoid disruption, lower cost and reliance on supply chain: regionalisation, reshoring and inventory level.”

Ceci says Cargolux has adapted its network to ensure the operation continues and supplies continue to be delivered where they are needed.

Lufthansa Cargo understands the need for airport rules to keep Covid at bay and to allow flights to operate at all, but adds that airport restrictions vary greatly within APAC and “continue to keep us busy for various reasons”.

Pfaff adds that crew quarantines and other measures lead to the continuous impact of staff shortages, not only for airlines but for everyone involved, such as ground handlers and other third-party providers.

There are additional requirements, for example aircraft and cargo disinfection, which lead to ground time limitations, says Pfaff: “To ensure a safe turnaround of our flights we have to reduce the cargo load on some of them. So, some of our flights don’t carry as much as they could which adds additional pressure on the entire supply chain due to lack of capacity – but also on us to make the flight profitable with less cargo.”

DSV’s Ravn observes: “The ground handling remains the main issue in key destinations like the US and Europe. In DSV, we focus a lot on this specific part of the air freight offering, and we have done that with success and managed to minimise waiting time in a lot of cases.

“But in general, there is no immediate fix to the issue and especially securing the right amount of manpower remains the major obstacle.

“Getting capacity is easier and in extreme cases cheaper than retrieving your freight from the likes of LAX and JFK where the waiting time is several weeks from some ground handlers and with storage charges that exceed the actual air freight.”

Necessarily strict immigration and quarantine rules at airports in several countries result in crew and loadmasters unable to do layover at all locations.

Pfaff says: “Hence, we need to plan differently: We have to change our routes with additional landings to allow a crew change at a different location. This of course leads to a higher demand for our crews.”

He says that the risk remains that a local airport or a local provider needs to stop operations for a certain period to manage a local Covid outbreak.

“This leads to some uncertainties, and we need to think of alternatives. Nanjing for example is still closed for most international flights after the local outbreak last year.”

E-commerce has been boosted by working from home and ordering online. Will the boom continue into 2022 and how is ‘traditional’ general cargo performing?

Ceci of Cargolux says that high demand for e-commerce and general cargo is expected to continue in the coming year.

Pfaff is of the same opinion: “As a part of new normal, consumers rely more on e-commerce/online shopping than before. This new segment would require a corresponding solution which Lufthansa Cargo has continuously invested in. Healthcare and Covid related product, such as test kits and vaccines, will continue to play a significant part.”

Are forwarders asking for new services in the Asia-Europe airfreight market?

For Pfaff the preference is “flexibility and simplicity versus complicated pricing structure and stringent booking regulations/tolerance,” which includes capacity growth and a more stable business relationship through BSAs, a stable price and reliable service, plus a good and competitive charter solution

Given aviation’s green agenda what is the current state of sustainable aviation fuel (SAF) and offsetting on the Asia-Europe trade lane?

Says Ceci: “Cargolux is active in procuring SAF as part of its offsetting program in line with the industry’s aim to reduce emissions.”

Pfaff observes: “Some agents have sustainability high on the agenda already whereas some see it as a long-term goal and not an urgent need. In general, they have concerns over the relatively high costs of SAF and need to find a good balance between environmental friendliness and financial result.”

He makes the point that there are an increasing number of customers who are willing to pay for green, for example Nokia and Lenovo.

Van de Wouw of Xeneta sums up the unpredictability of 2022, not just for Asia-Europe but for all global trade lanes: “There are so many moving parts. There is no trend or current that you can say is picking up momentum. Maybe it will be there in six months, but I don’t see that happening.”