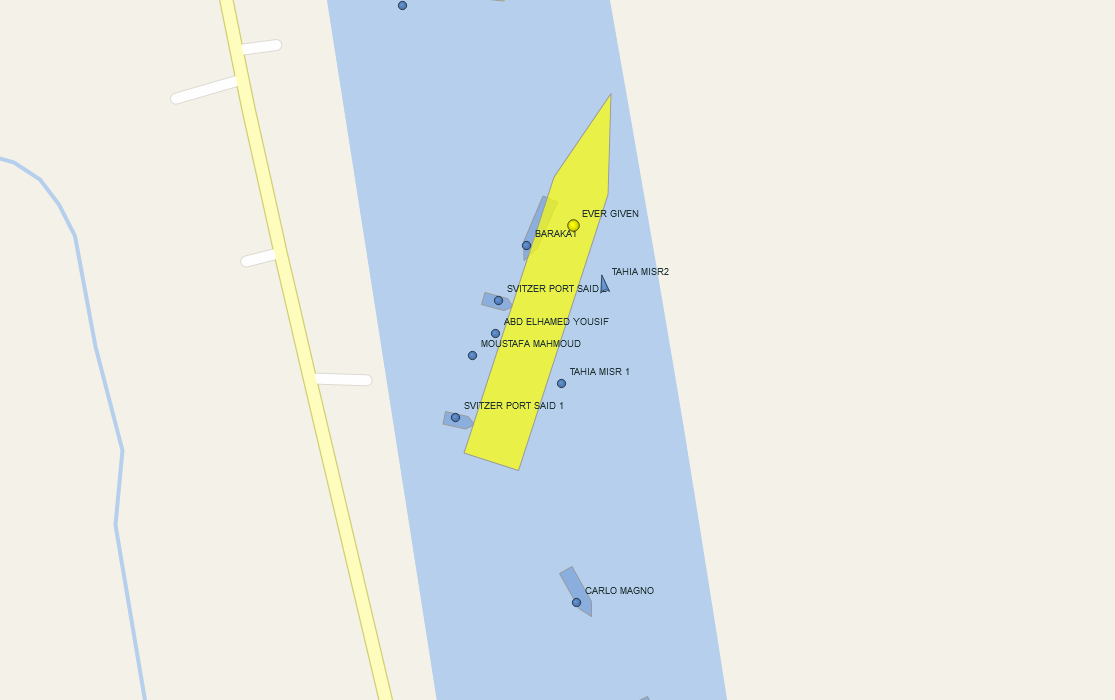 The huge containership that has been blocking the Suez Canal for more than a week has been partially re-floated.

Earlier today, Egyptian officials said that the stern of the 400 m-long Ever Given ultra-large containership had now been freed, but the bow remains stuck.

“This was the result of successful push and tow maneuvers, which led to the restoration of 80% of the vessel’s direction; with the stern 102 m away from the bank of the Canal now instead of 4 m prior to the refloating” the Suez Canal authority said.

It said that work would resume on moving the vessel at 11.30am when high tide is reached.

“Navigation shall be resumed immediately upon the complete restoration of the vessel’s direction and directing it to the Bitter Lakes waiting area for technical inspection,” the authority added.

However, the chief executive of Boskalis, a Dutch salvage company involved in the operation, told public radio that it would not be a piece of cake to completely free the vessel.

Peter Berdowski explained that high pressure water would be used to try and remove sand from the under the bow of the ship but if that failed containers would need to be unloaded.

More than 360 vessels are now waiting to pass along the canal, with an estimated $9.6bn worth of goods being held up each day.

And the incident could have an ongoing impact on the already strained container shipping sector for weeks and months.

In a LinkedIn post, Lars Jensen, chief executive at SeaIntelligence Consulting, said: “It will take a while before the queues are cleared and the canal is back to normal flow of operations.

“We will continue to see the unfolding of congestion issues in Europe as the cargo arrives, blank sailings resulting from the severe delay of many vessels as well as a deterioration of the equipment situation. These ripple effects will take several months to be fully worked through.”

On Friday, charter brokers said that while there had yet to be any enquiries, they remained ready.

Justin Lancaster, group commercial director at Air Charter Service, said: “It is too early to notice any significant surge in requests for airfreight solutions as a result of the Suez Canal crisis. If the situation doesn’t get resolved in the next few days or weeks, we imagine that firms which require cargo urgently will have no choice but to turn to airfreight.”

Air Partner’s managing director of freight in Singapore said it hasn’t seen an increase in enquiries as yet but obviously sea freight is already suffering significant delays at the moment, with cargo already on the water most affected and those shipments that plan to leave Asia in the next one to two weeks.

“Presently we have not received any cargo backlog enquiries, but we are expecting it,” said Chapman Freeborn.

The waterway is of huge importance to supply chains with around 12% of global trade moving through the canal each year.

Vessels can take an alternative route around the Cape of Good Hope but this can add more than a week to transit times and add extra costs due to the longer route.