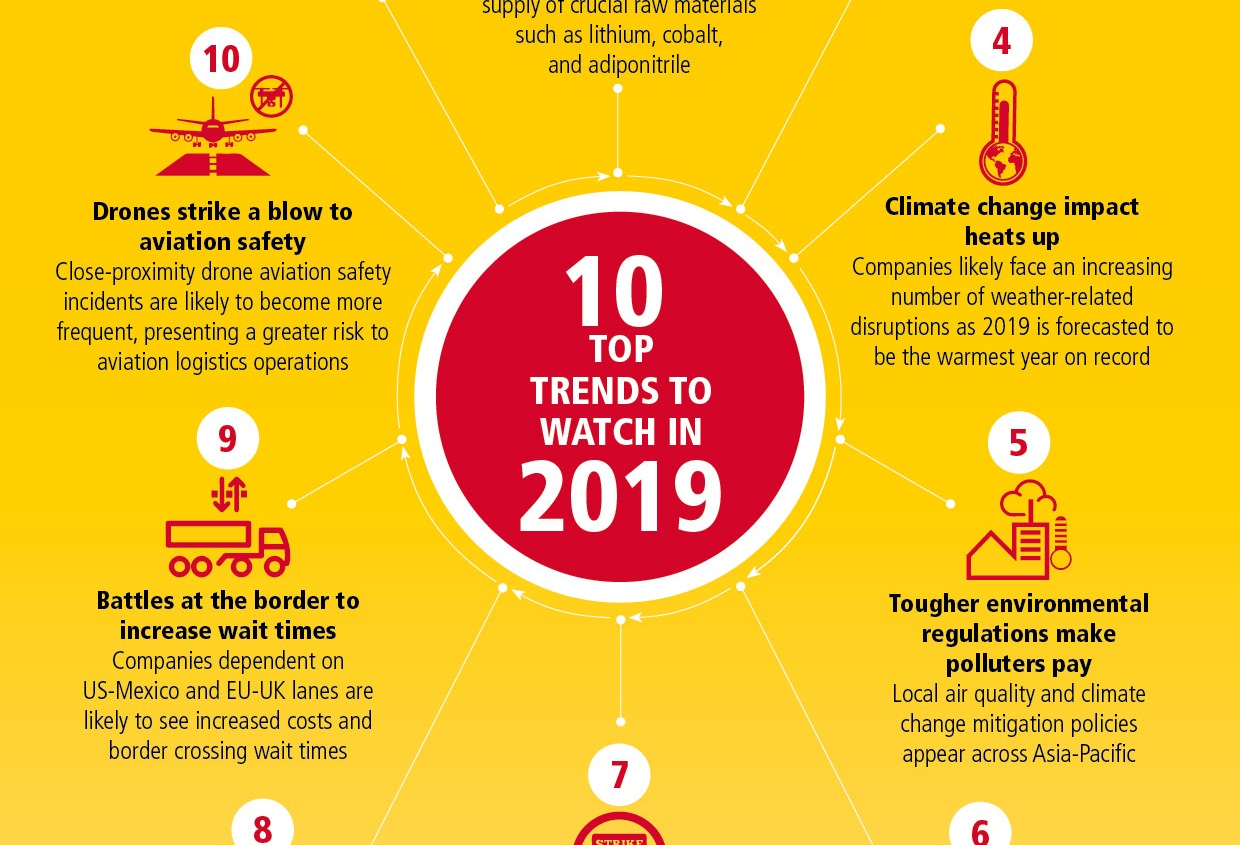 A new report has outlined the top ten developments (see end of article) that pose a risk to supply chains in 2019.

The DHL First Resilience360 Risk Report, which is based on the insights of in-house analysts at the logistics giant, suggests that supply chain restructuring due to trade wars, material shortages, product recalls and the impact of climate change as the three biggest challenges that supply chains face this year.

On trade wars, the report warns that Brexit, new import tariffs and other trade barriers will continue to reshape manufacturing supply chains. Meanwhile, rising demand for raw materials, coupled with a fragile supply caused by political instability and supplier shutdowns, may result in raw material shortages for crucial materials such as lithium, cobalt, and adiponitrile.

On recalls and safety scares, DHL warns that incidents may increase as wider public awareness of quality issues and stricter enforcement by regulators in highly regulated sectors such as pharmaceuticals and medical devices subject products to higher scrutiny.

Lastly, anti-pollution measures may be expanded in 2019 to a broader range of industries across Asia. The US Environmental Protection Agency is also expected to announce new requirements. As a result, tougher environmental regulations will increase costs for businesses in a number of industries.

“Resilience360 strives to understand these risks and gain a common understanding of how they impact supply chains across countries, regions, industries and organizations in measurable ways.”

In Europe, Resilience360 recorded the most incidents in Germany and the United Kingdom. Two-thirds of high-impact events were caused by cargo theft, industrial fires and explosions, and train accidents. However, the distribution of incidents across Europe was more even than in other regions. Air and ground transportation incidents represented the majority of incidents with 44.7%.

Such events are especially relevant for supply chains, as seen by the disruption of railway traffic on key rail corridors for more than two weeks that resulted from two train accidents.

Civil unrest accounted for the second-highest portion of events at 12.9%. Protests related to Labor Day (May 1) and the Yellow Vests in France and Belgium disrupted highways, ports, border crossings and access roads to industrial areas. Weather events also posed problems for supply chains.

A month-long drought in summer and autumn resulted in record-low levels of water on the Rhine River. The water levels inhibited shipping traffic, and chemical and steel makers in Germany, France and the Netherlands were compelled to declare force majeure on deliveries. Natural disasters affected countries across Europe as well. In October, Greece was struck by an earthquake near Zakynthos Island, while Italy, Spain, France, and the United Kingdom experienced heavy floods. 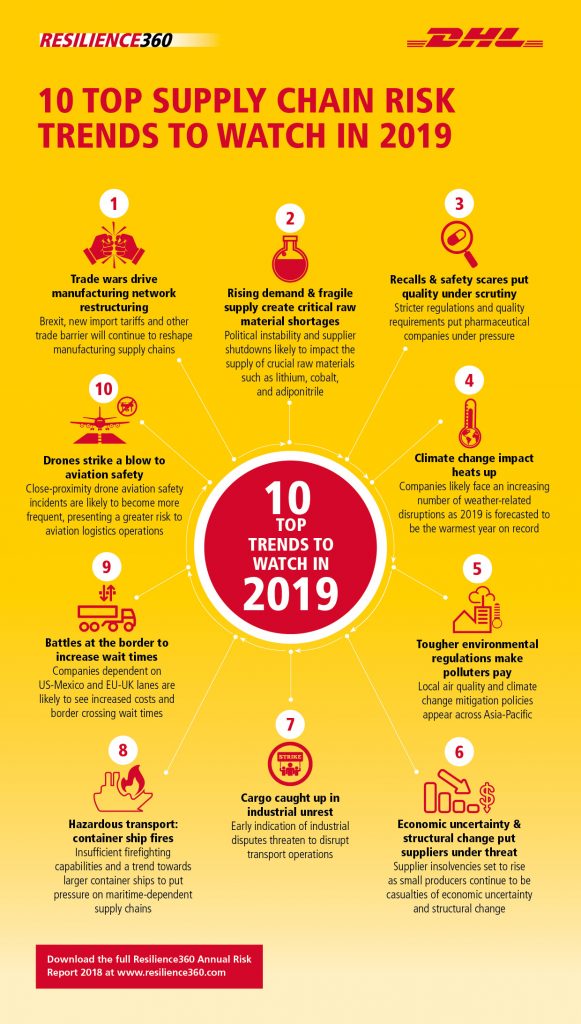