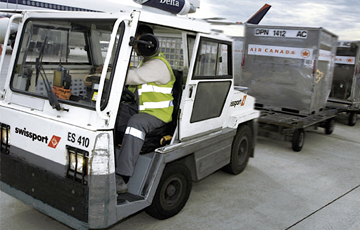 Swissport International confirmed on October 7 that it has closed the deal to dispose of its ground handling activities in France to GH Team.
The sale covers activities undertaken by Swissport France, Swissport Services CDG, Servisair France and Héraclès. However, it does not include Swissport Cargo Services or Swissport Executive, which will both remain part of the Swissport Group.
Swissport announced earlier this year (story below) that it had taken a strategic decision to dispose of its ‘unprofitable’ activities in France, citing the ‘growing economic pressure on ground handling activities, particularly at Paris CDG’. In September the group revealed that it was selling its Danish operations at Copenhagen Airport to World Flight Services. Nevertheless, the group remains the world’s largest provider of ground and cargo handling services, last year dealing with 224 million passengers and 4 million tonnes of cargo at 260 locations in 45 countries on behalf of around 700 clients.
Senior Vice-President Dany Nasr said Swissport International was ‘pleased that GH Team is taking over our ground handling operations in France. They have the necessary expertise and experience, with an ambitious development plan and the right set-up to meet the needs of this market.’
GH Team is co-chaired by Christophe Le Borgne, President & CEO of Swissport France and Adrian Melliger, the company’s former Senior Vice-President for Southern Europe. Following the acquisition, GH Team says it intends to ‘perpetuate and expand’ the activities which it is acquiring, ‘with an ambitious development plan in a changing market that makes increased agility and adaptability essential.’