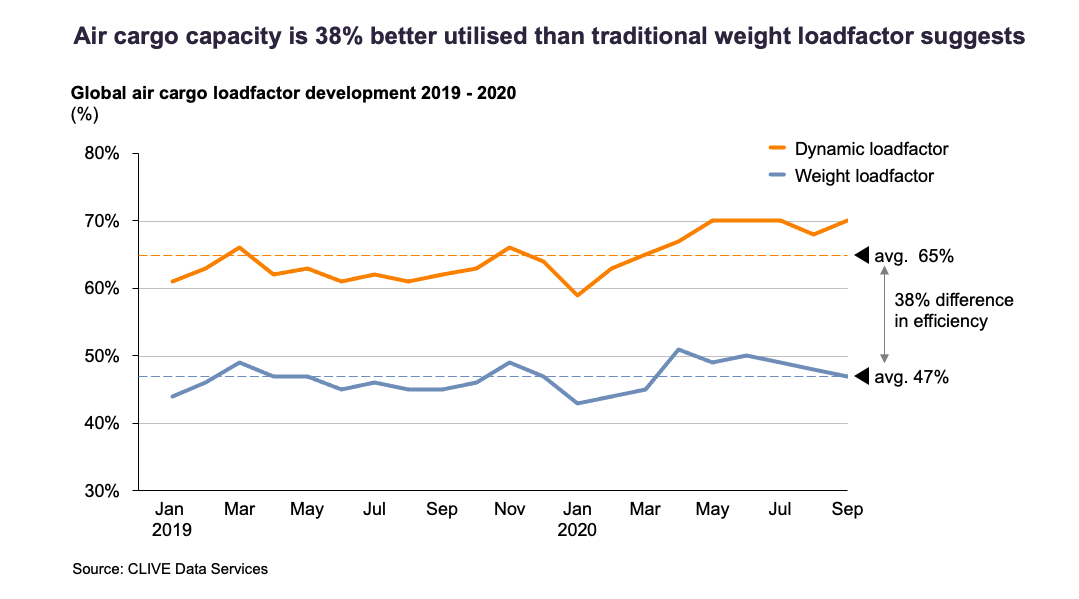 TIACA is calling for the air cargo industry to adopt the dynamic load factor developed by CLIVE Data Services over the “misleading” traditional weight-based system.

“CLIVE and TIACA consider this as a major improvement compared to the traditional weight-based load factors, which are misleading and paint an unnecessarily negative image of the airfreight industry,” they said.

“The reason is that, in most of the cases, the space in an aircraft runs out before reaching its maximum weight capacity. It is due to aircraft’s higher capacity density, calculated as available kg per cubic meter, than the average density of the goods moved by air.”

“We must establish a common benchmark on the utilisation of air cargo capacity, particularly if airlines want forwarders and shippers to understand why rates behave as they do. It is otherwise difficult to explain why rates are spiking when the traditional load factor measurement suggests aircraft are operating only half-empty.”

The two pointed out that the weight-based load factor in September stood at 47% while the dynamic load factor stood at 70%, which it said was more accurate and realistic.

Steven Polmans, chair of TIACA’s board of directors, said: “So many business decisions in air cargo industry are influenced by the perceptions of cargo load factors which do not show the true figures. Adopting the dynamic load factor will enable cargo professionals and stakeholders to make informed decisions based on timely and more accurate data.”

A recent TIACA survey that gathered feedback from over 80 members attending association’s Economics4Cargo webinar revealed a 98% support for the dynamic load factor methodology.

CLIVE will now be delivering a monthly detailed lane analysis to TIACA members based on prime markets to and from North America, Europe, Asia Pacific, Latin America, Africa and the Middle East.