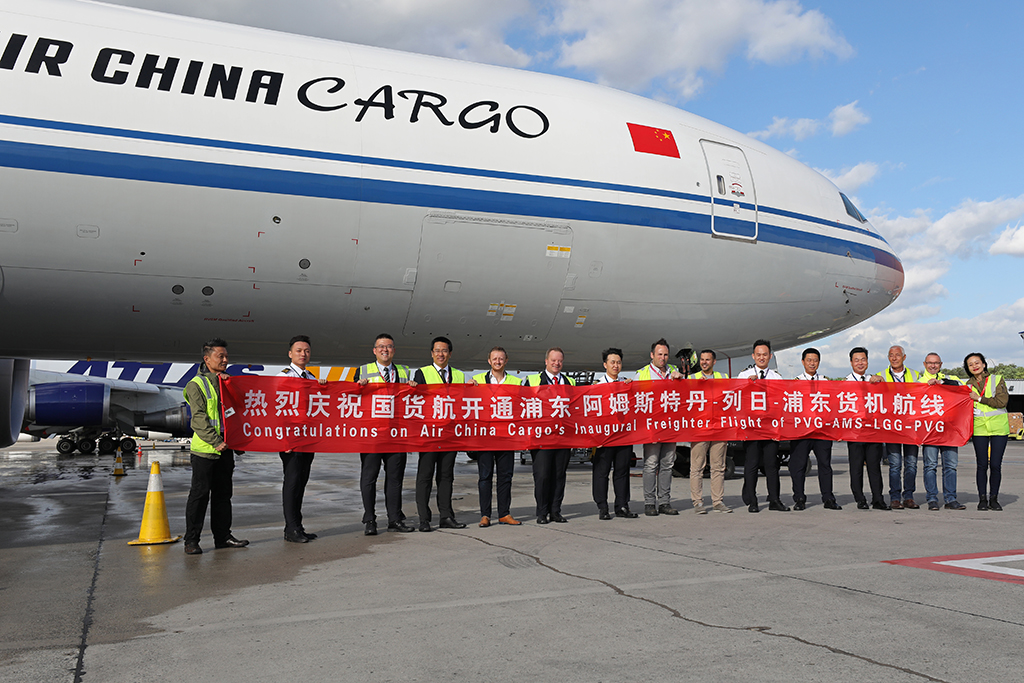 Air Cargo China has this launched a weekly Boeing 777-200 Asia-Europe freighter flight between Liege Airport in Belgium and Shanghai.
Flag carrier Air China Cargo uses Shanghai as its main freighter operation base has a fleet of three Boeing 747-400Fs, eight B777Fs and four Boeing 757-200SFs.
Steven Verhasselt, VP commercial Liege Airport, said that the arrival of Air China Cargo opens "additional opportunities for the booming e-commerce sector".
He continued: “We welcome Air China Cargo into the Liege Airport Cargo Community. We are proud to serve another national cargo carrier. We will support them in order to achieve the joint goal of expanding the operation and increasing regular flights. We also thank the Liege Airport Community for their interest and support.
"Air China Cargo’s team has been meeting with many of them in Liege and at the Liege Airport booth and meeting room in Munich at Air Cargo Europe. Their enthusiasm definitely triggered the early startup of the operation."
Verhasselt continued: "With Flexpress, specifically serving e-commerce providers, and a growing number of connections with China, by Fedex, ASL Belgium and now Air China Cargo, Liege Airport is creating opportunities for exporters and importers willing to seize the opportunities offered by e-commerce to grow their business.”
The freighter’s ground and cargo handling operations at the European airport will be provided by LACHS.