AirBridgeCargo to set up its European hub at Liege Airport 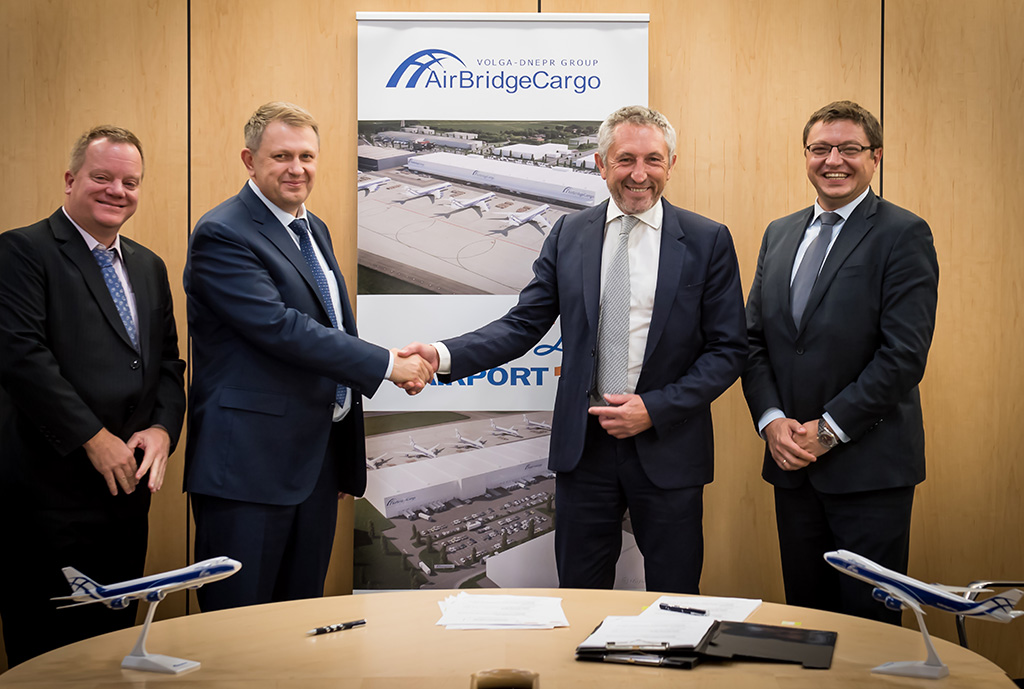 Liege Airport and AirBridgeCargo Airlines (ABC) have signed a ten year lease agreement that will contribute to an annual total of 1m tonnes at the hub from all airlines by 2020.
The agreement comes after a Memorandum of Understanding signed between Liege Airport and ABC parent, the Volga-Dnepr Group, during the Farnborough International Airshow 2018 in July.
Late last year, ABC began moving some of its freighter services from Amsterdam’s Schiphol airport to Liege after the Dutch hub was forced to reduce aircraft slots for freighters.
A spokesperson for ABC said: "At the moment we operate 19 weekly frequencies to/from Amsterdam and will leave this number unchanged till the end of this year. "
Under the Liege agreement ABC will lease warehouse premises for the total area of 25,000 sq m at the airport. The investment amounts to €25m and includes 2,000 sq m of office space.
The project will be divided into two phases, with the first one to be launched in June 2019 when ABC will have its first 12,500 sq m warehouse.
The second phase will commence in early 2020 with the rest of warehouse premises to follow.
At the same time, the Walloon Airports Company (SOWAER) is building four new aircraft stands to accommodate growing ABC fleet.
Luc Partoune, chief executive of Liege Airport, said: “We welcomed the first flights in October 2017 because AirBridgeCargo had to reduce its presence in Amsterdam.
“Then we responded to their call for tenders launched earlier this year for the creation of their European hub.”
Partoune added: “They liked the cargo DNA of Liege Airport. We had strong political support at both the federal and regional levels. AirBridgeCargo sees opportunities for expansion, can count on a quality workforce and rely on efficient Belgian customs.
“Thanks to AirBridgeCargo, we plan to reach one million tonnes by 2020 and become one of the top five cargo airports in Europe.”
Sergey Lazarev, general director of ABC, said: "It’s been a year since we have been operating to Liege and we are delighted to see that our partnership is reaching a new height.
“This step is another milestone which goes in line with the development of strategic cooperation between Liege airport and Volga-Dnepr Group."
He continued: “With the lease of dedicated warehouse facilities for the next 10 years and ABC’s intention to increase the number of weekly flights to Liege up to 30 within the next 1.5 years,
"AirBridgeCargo will be able to leverage growing market demand for special cargoes, especially e-commerce shipments.
“An agreement of this size comes with a number of benefits not only for ABC but also for our customers, who will get more frequency options and high level of service quality“.