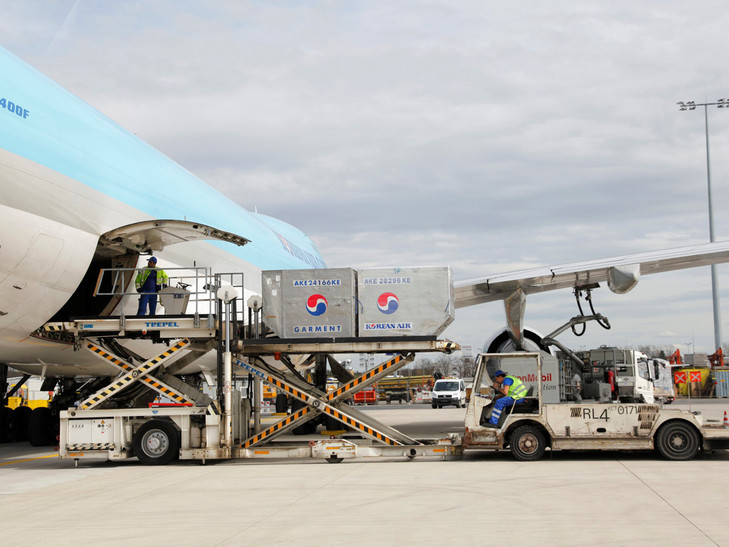 Airports enjoyed another bumper month in February for cargo, fueled by international demand.
The latest cargo figures from industry body Airports Council International (ACI) show that volumes “surged” by 7.8% year on year in February.
International demand improved ahead of domestic, with the former growing by 9.6% on the same month last year and the latter by 3.1%.
The airport organisation said much of the rise could be attributed to the timing of the Chinese New Year, which this year fell in January as opposed to February last year.
However, it should also be noted that last year was a leap year meaning there was an extra day during the month, something that would also have affected cargo throughput.
The Chinese New Year affect gave a particular boost to airports in the Asia Pacific region, ACI said, with Hong Kong registering an improvement of 14.1%, Shanghai-Pudong was up by 20.8%, there was growth of 17% at Seoul-Incheon,  while Tokyo was up by 11.9%.
Other top-20 airports to report decent growth rates for the month were Miami at 7.8%, Doha registered growth of 24.5%, Los Angeles increased by 8% and Amsterdam saw demand improve by 7%.
The performance in February continues a strong start to the year for airports; in January ACI figures show that cargo demand increased by 5.7%.
Over the first two months of the year, airports have registered growth of 6.7% compared with a year ago.
Looking at performance on a regional basis over the first two months of the year, African airports have recorded the largest percentage growth, having improved by 10.6%.
Next up are hubs in the Asia-Pacific region, which have registered growth of 9%.
In the Middle East there has been an improvement of 6.3%, European facilities are up by 5.9%, North American airports saw cargo demand increase by 5.3% and finally airports based in the Latin American-Caribbean region saw demand grow by 0.9%.
In February, the Latin American-Caribbean region was the only one to record a decrease in cargo demand, a reflection of economic conditions in the area.
Last year, cargo throughput at airports increased by 3.5%, with demand growth strengthening as the year progressed.