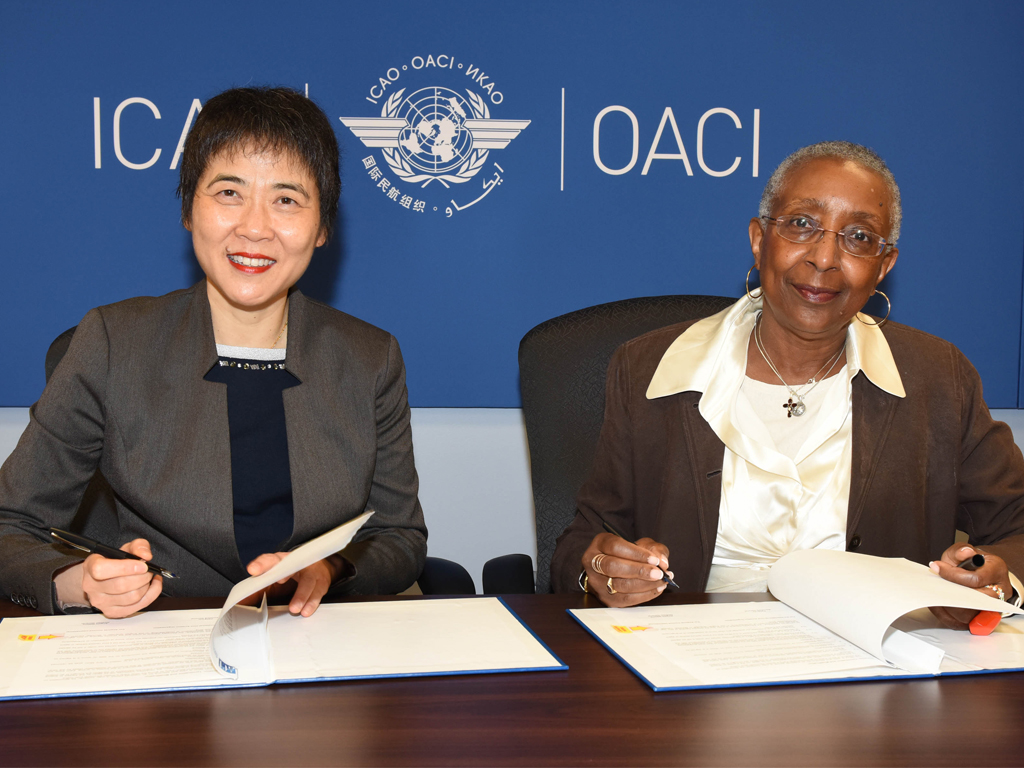 Airports Council International (ACI) has signed a memorandum of understanding with the International Civil Aviation Organization (ICAO) to step up co-operation on environmental initiatives.
The pact was unveiled by Angela Gittens, ACI World director general, at ICAO’s 39th assembly in in Montreal on 6 October.
The two bodies will work much more closely on programmes for greener airports worldwide, with greater information exchange. There will also be practical guidance for best practices at airports, joint environmental workshops and training to support the ICAO No Country Left Behind and the ACI Developing Nations Assistance  programmes. They will also collaborate to develop an ACI Airport Excellence in Environment programme.
Gittens said: "Environmental protection is one of ICAO’s strategic objectives, while promoting airport excellence and building capacity in ACI World and Regions are both within ACI’s strategic objectives. Our respective goals align with the need to improve environmental related initiatives and promote the respective capacity building at airports worldwide."
ICAO secretary general, Dr Fang Liu, added: "Our projects, initiatives and programmes in this area have a natural synergy with ACI’s. This MOU will enable both organizations to draw further on this to enhance our efforts."