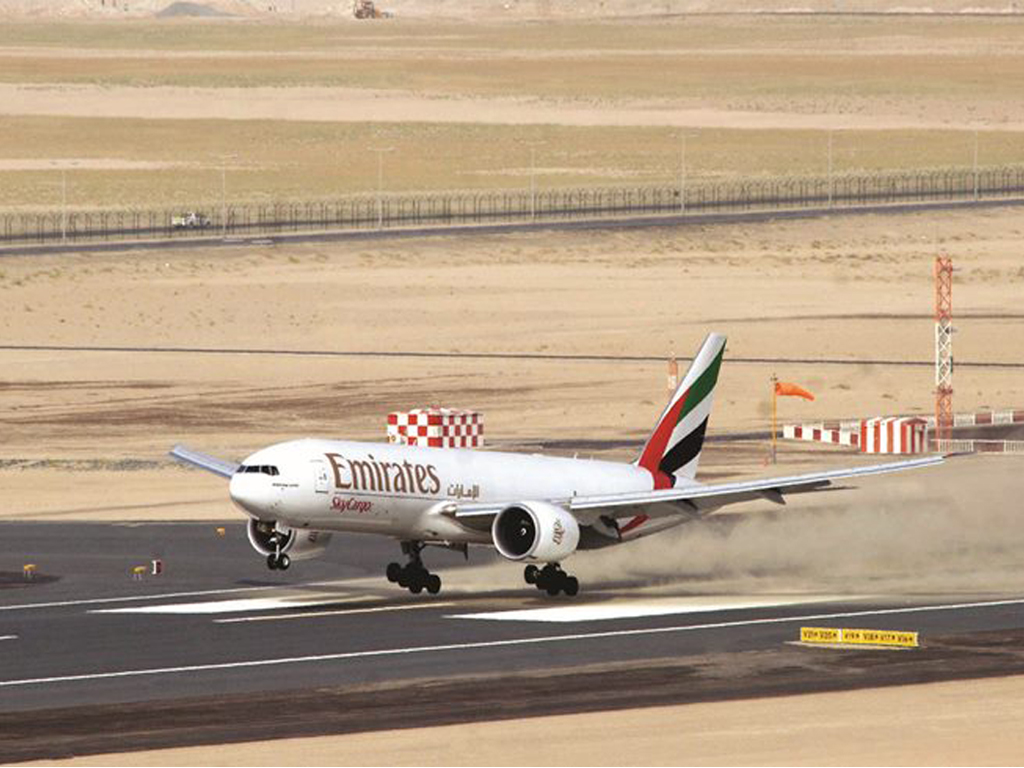 The full impact of the decision to move all dedicated freighter traffic from Dubai International to Al Maktoum International at Dubai World Central was revealed when the airport announced its first-quarter volumes earlier today, writes Damian Brett.
The Dubai airport recorded a first-quarter volume increase of 177.3 per cent to 213,006 tonnes. The airport said the growth had propelled it to one of the world’s 20 busiest cargo airports for the first time.
The growth, it said, was driven by Dubai Airports’ strategic decision to relocate all dedicated freighters from Dubai International to Al Maktoum International in May last year.
Passenger traffic also continued to grow steadily with 143,374 passengers passing through the airport, up 40.4 per cent.
Dubai Airports chief executive Paul Griffiths said: “To emerge as one of the top 20 busiest international cargo airports is a tremendous vote of confidence in Al Maktoum International and demonstrates the growing importance of the airport as a vital hub between east and west.
“Similarly we expect the airport to establish itself as a vital gateway to the Middle East and expect the growth in passengers to be sustained over the coming years.”
In contrast, first-quarter cargo traffic at Dubai International declined by 3.1 per cent compared with last year to 594,696 tonnes.
When combining both airports’ first-quarter performance, they registered a 16.9 per cent increase on the prior year to 807,702 tonnes.