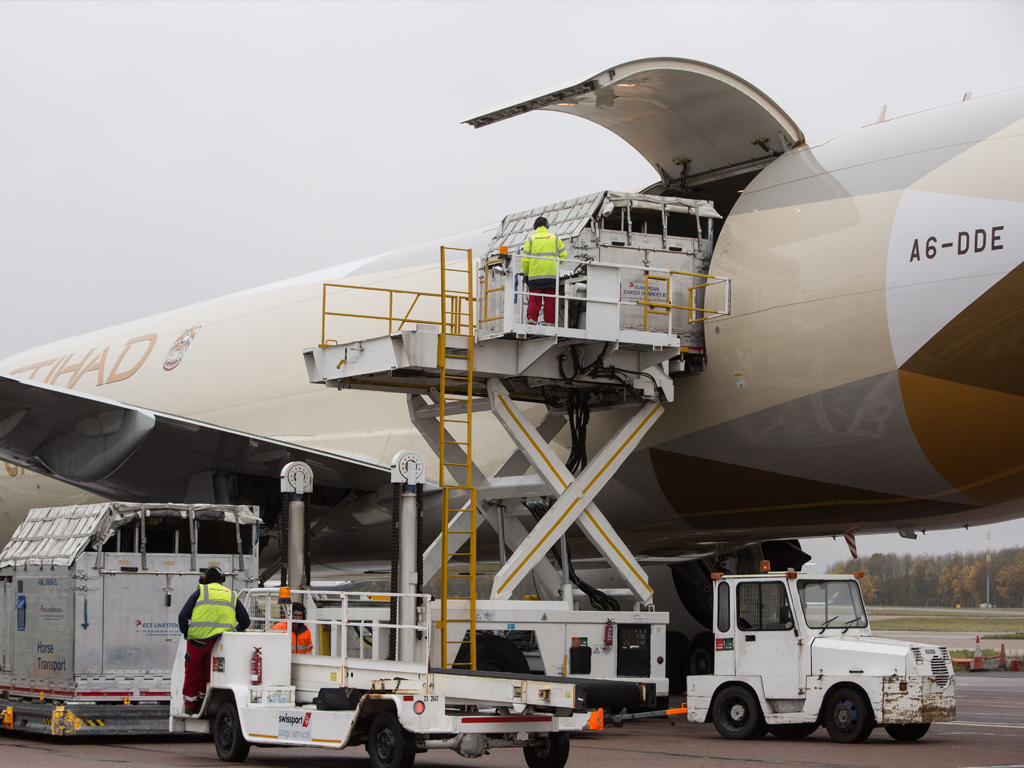 ALHA Group, the Italian handler, has helped with the movement of 30 horses from Milan-Malpensa Airport (MXP) to Doha, its first such shipment since the reopening of the MXP Equine Handling Centre, the dedicated facility operated by ALHA Airport in Malpensa Cargo City.
The 30 horses flew out of Milan-Malpensa destined for Doha, Qatar, on 18 November aboard an Etihad Cargo freighter.
The Equine Handling Centre has direct access to the apron and the infrastructure for veterinary support as well as relevant health and sanitation equipment.
The reopening of the Centre is said by ALHA to provide “added value to the already complete range of handling cargo services offered in Malpensa”.
Alessandro Capella, ALHA Group general manager, explained: “This reopening is for ALHA a moment of pride, both at national and international level.
“MXP Equine Handling Centre represents a completion for the services we already provide in Milan and must be considered as an added booster for the visibility of our terminal’s efficiency and reliability.”
Also in November, Etihad Cargo, the freight division of UAE flag-carrier Etihad Airways, flew a total of 72 racehorses on a single flight between London and Kuwait.
Flying out of the UK at the end of the European racing season, the horses were flown to the warmer climes of the Middle East, where they are to spend the winter training and in further racing.