Amazon’s new air hub a “base for future growth” 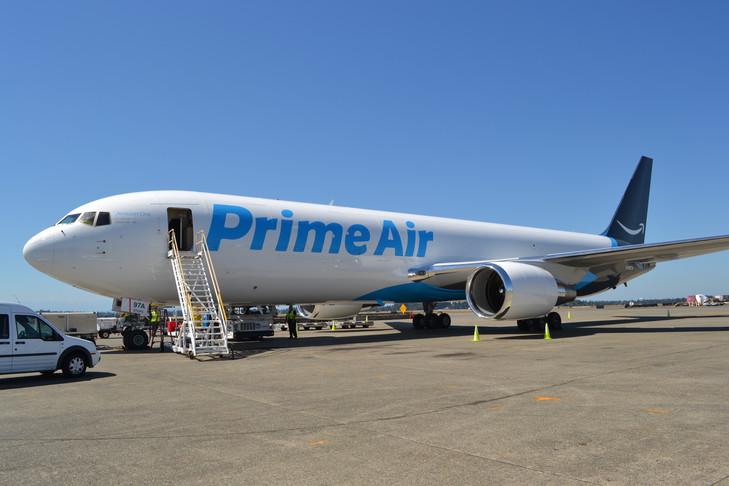 Amazon’s planned centralised air cargo hub at Cincinnati/Northern Kentucky Airport will be a base for future growth.
Speaking shortly after the e-commerce giant announced its fourth quarter results, Amazon senior vice president and chief financial officer Brian Olsavsky explained why the company was investing in the new hub.
“What it does for us is it gives us a base for future growth,” Olsavsky said. “It’s all about supplementing our existing capacity − both our partners and ourselves − and essentially building capacity that can handle our top line growth and also the growth in Amazon Fulfilled Network units which as I just mentioned is even higher than our paid unit growth.
“It’s the same as some of the investments you saw in airplanes last year, our partnerships with companies that do air cargo.
“This is about supplying the needs of our customers and our sellers. We value the partnership with the external providers as well and I think we’re all dealing with the problem of having lots of incremental volume [growth] year over year.”
The new hub is estimated to cost $1.5bn and will create 2,000 new jobs. The e-commerce company’s eventual fleet of 40 aircraft, through a partnership with ATSG and Atlas Air, will be based at the hub and are expected to perform around 200 flights daily.
Amazon is currently using Wilmington as a centre of operations for its air cargo network and the news will come as a blow to the airport and the local workforce.
But the e-commerce company has a much larger presence in Kentucky, with 11 fulfilment centres in the state, five of which are located close to the airport in nearby Florence and Hebron.
Amazon has two centres in Ohio both located more than a 60 mile drive from Wilmington, although Wilmington itself is only around a 65 mile drive from Cincinnati.
Local Dayton press reports also suggest the larger workforce in the Cincinnati-Northern Kentucky metro area played a role in the decision as did the amount of capacity at the airport.
Also, both ATSG and Atlas have a presence at Cincinnati-Northern Kentucky.
The Wall Street Journal also pointed out that DHL, which provides air capacity to Amazon, uses the airport as its hub and this could facilitate an expansion of their partnership. DHL itself made the same switch between the two airports in 2009.
The moves to build a new air cargo hub come as Amazon continues to expand its control over its logistics operations and it appears it will make further moves in this area in the future.
When announcing its fourth quarter results the company said it expected first quarter operating income to slip to $250m and $900m as it planned to invest in its warehouses and video operations.
The company has also been heavily investing in its last mile delivery operations and has developed a presence in ocean freight.
Last year the company, through Chinese subsidiary Beijing Century Joyo Courier Services, applied to become a non-vessel operating common carrier (NVOCC), which essentially allows it to buy block space on ships and sell the space on to other companies, and it has now started offering Chinese exporters box shipping options.
The approach differs to that of rival Alibaba, which is aiming to gain greater control over its supply chain by becoming highly integrated with its logistics partners by building digital links to enable data sharing.
Amazon saw its share price drop shortly after announcing its final quarter results as revenues  missed analyst expectations.
The company saw fourth-quarter revenues climb 22% last year to $43.7bn, while net income increased by 13% year on year to $1.3bn.