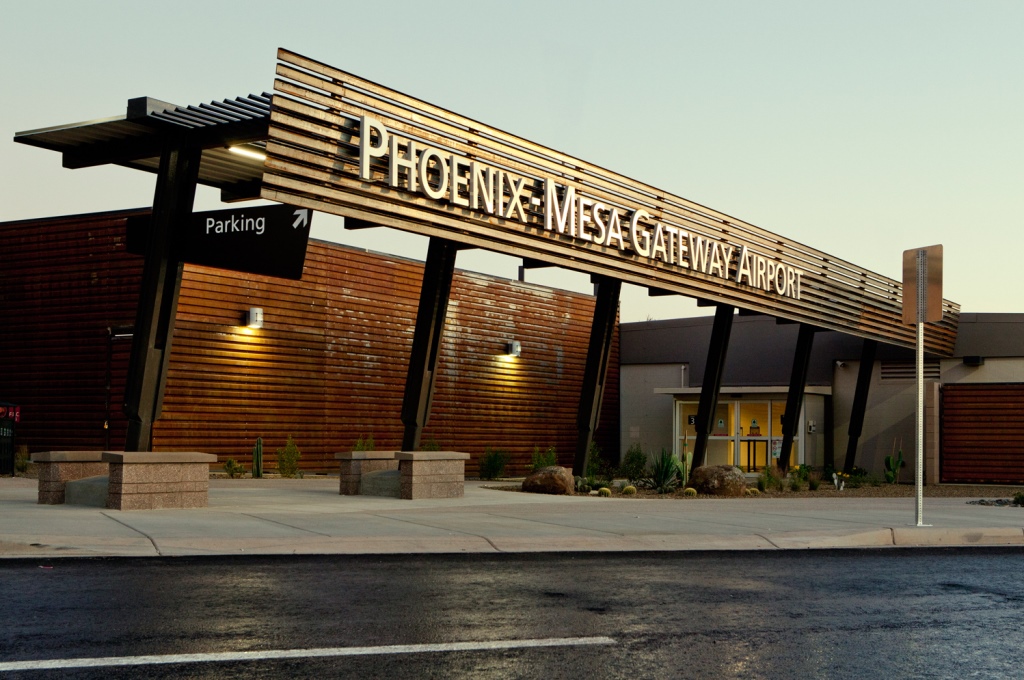 Plans have been revealed for the development of a cargo facility housing a joint US-Mexican Customs post at Phoenix-Mesa Gateway Airport as it targets e-commerce traffic between the two countries.
Arizona governor Doug Ducey announced that SkyBridge Arizona planned to open the country’s first international air cargo hub to have a joint Mexican and US Customs operation at Phoenix-Mesa Gateway Airport.
It is hoped the move will enable e-commerce companies and manufacturers conducting business in Mexico and throughout Latin America to more efficiently and cost-effectively transport goods between countries without needing to go through the “cumbersome and inefficient international Customs centre in Mexico City”.
The project is made possible through the Unified Cargo Inspection Program, which began in July 2016.
“SkyBridge will truly change the way we conduct cross-border business, slashing delivery times for companies and ensuring safe transit, said SkyBridge chief executive Ariel Picker. “This is true international co-operation and something we can all be proud of.”
The project is expected to create 17,000 direct and indirect jobs and increase cargo flights out of Phoenix-Mesa Gateway Airport by 2,000 a year, eventually reaching 10,000 by 2036.
“All required documents, inspections, tracking and other services will occur on-site at Phoenix-Mesa Gateway Airport,” the office of governor Ducey said in a statement.
“The Customs Processing status will follow packages and cargo electronically to their final destination to any city in Mexico, and eventually further into Central and South America.
“The UCP Program will be operational at Phoenix-Mesa Gateway Airport in the coming months.”
Growth of airfreight between Arizona and Mexico has grown 30% per year, outpacing all other modes of transport.
Airfreight trade between Arizona and Mexico currently totals $390m per year and is expected to balloon to $650m by 2025.
The state also outpaces all of its Southwest neighbours of California, New Mexico, Nevada and Texas, whose airfreight traffic with Mexico grew by 10% during the same period.
The facility, which will also include office, commercial and industrial space has a 15-year build out plan, will include 800,000 sq ft of air cargo operations. In total, the facility will measure almost 5m sq ft. A timeline for the start of work was not released.
The airport has three runways and is located about a three hour drive away from the Mexican border. It has been hoping to attract more cargo traffic and boasts an 11-acre cargo apron, on airport US Customs and low operating costs – airport rates and charges.
The airport’s biggest customer is Allegiant while Canadian airline WestJet returned to the airport in October for the winter season.
Read more e-commerce logistics news