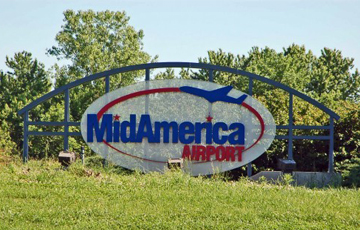 AURORA Air International President Carlos Smith announced the airline’s intentions to establish its world headquarters at MidAmerica St Louis Airport in the USA on October 9.
Aurora Air International ceased operations in 1995, but has recently seen an opportunity to re-enter the air cargo market. It has chosen MidAmerica in Illinois as a key step in its plans to develop routes carrying perishable and pharmaceutical supplies on routes from Latin America to the USA to Asia and return. It expects to announce the airports to be used in early 2015, with the first flights from MidAmerica in spring 2015.
‘As airplanes start to operate out of MidAmerica a new, closed, safe, certified, secure cold chain will be available to USA Midwest product shippers to and from Asian and Latin American with less handling and ground movement than is available today,’ said Smith. ‘Asian and Latin American shippers will enjoy this route as their goods, especially perishable goods, are not double and triple handled in the USA en route to the other continent.’
In 2012 MidAmerica announced a freight marketing and trade support co-operation agreement with Ningbo Lishe International Airport in China. Aurora Air International founder and Chairman Steve Crittendon said he looks forward to re-establishing the airline and ‘partnering with MidAmerica and Ningbo Lishe International as their first international scheduled all cargo service.’