Autonomous snowploughs to be tested at Oslo airport 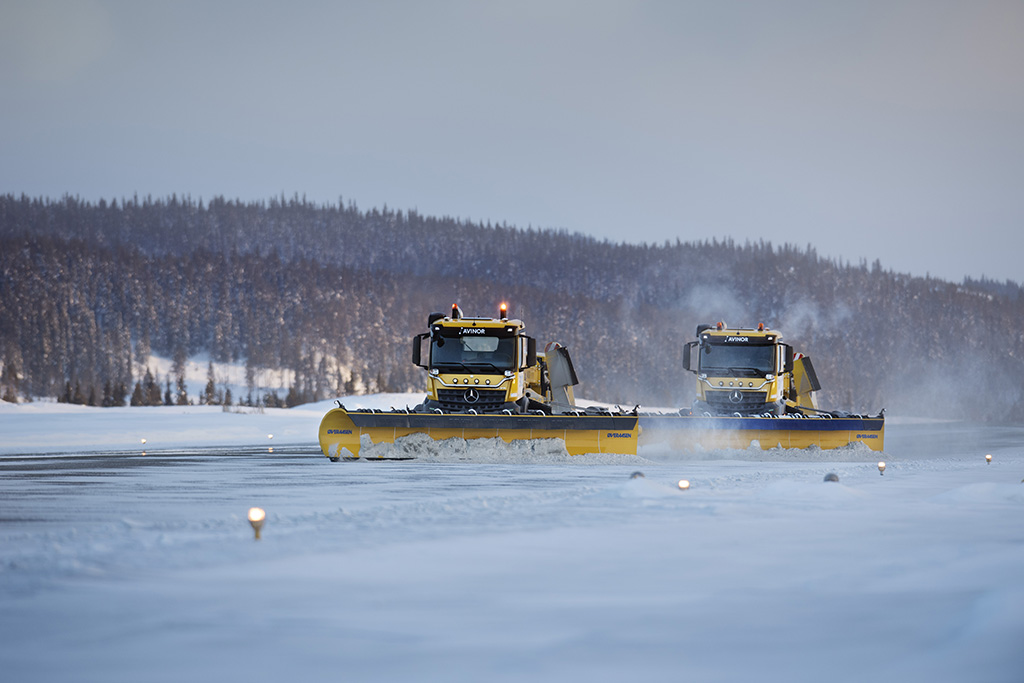 Project Yeti, using autonomous snowploughs to clear the runway, will go live at Oslo’s Fagernes Airport in Norway for the first time this winter.
The planned introduction of the revolutionary technology, in a pilot scheme alongside driver-controlled vehicles, follows a successful first phase earlier this year.
Two autonomous vehicles will be operating alongside eight driver-operated vehicles. The self-driving vehicles will drive in the front followed by the eight manual ones.
The future objective is to maintain a fleet of ten autonomous snowploughs.The trials at Oslo Airport will begin in January 2019.
John Emil Halden, project manager at system provider Semcon, said: “After having tested the control system at Fagernes Airport, we are really pleased that we are now able to launch this pilot scheme at Oslo Airport.
"Our aim is to complete 40 operations to ensure that the system is working as intended and see how we can develop it further.
“We are then hoping that more world airports will be interested in this technology.”
The Yeti project is the first of its kind to adapt such large machines for autonomous operation in wintry conditions.
The project has been developed by Yeti Snow Technology, co-owned by Semcon and Øveraasen, for Norwegian airport operator Avinor.