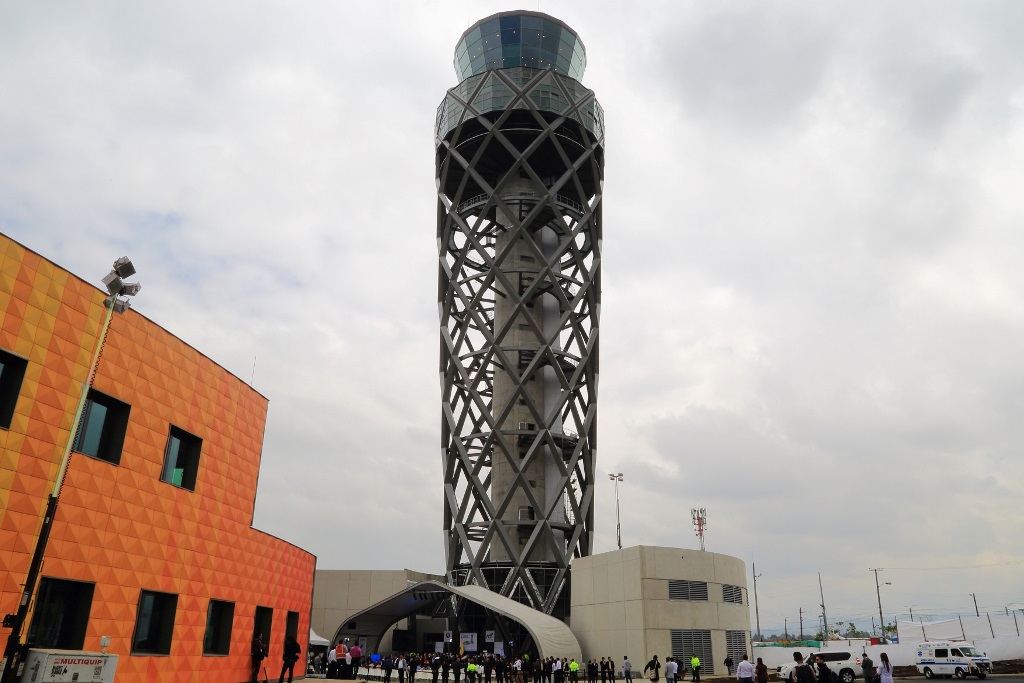 Latin America’s busiest air cargo airport Bogota has opened a new control tower that it claims will double the number of air traffic operations at the facility.
The Colombian airport’s new control tower, which will allow hourly flights to increase from 58 to 90, was officially opened by the President of the Republic of Colombia, Juan Manuel Santos, late last week.
The 90 metre tower, which was built by FCC, is now the tallest and best equipped tower in Latin America.
“The control tower has been designed to meet the requirements for the airport’s air traffic control service, primarily in critical areas,” FCC said.
“This will reinforce the safety, regulations and alertness demanded by the airspace users. It will also guarantee maximum operational capacity of the airfield and will update technology to be at the global forefront.”