Bridge of size for the An225 at Leipzig/Halle 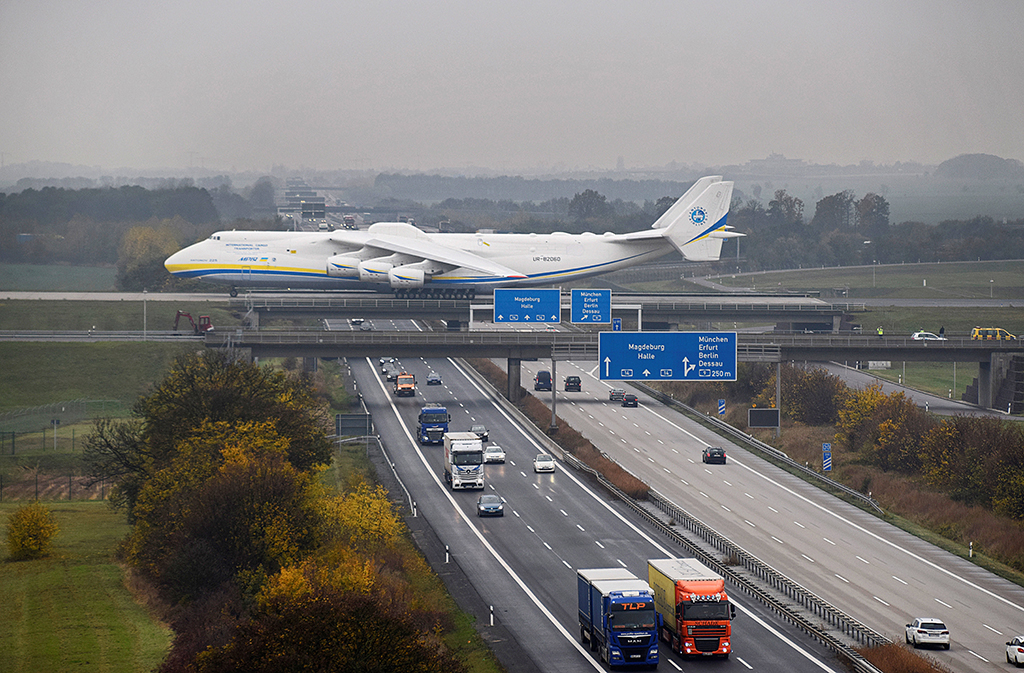 An Antonov 225, the world’s largest commercial cargo aircraft, stopped off at Germany’s Leipzig/Halle Airport en route to Chile via Iceland.
It was the An225’s 21st visit to the central German airport. A Leipzig/Halle spokesperson said: "Apart from its home base at Kiev Gostomel, there is no other European airport that the plane has visited more frequently."
PortGround, a subsidiary of airport owner Mitteldeutsche Flughafen, loaded 160 tonnes of freight on board the An225.