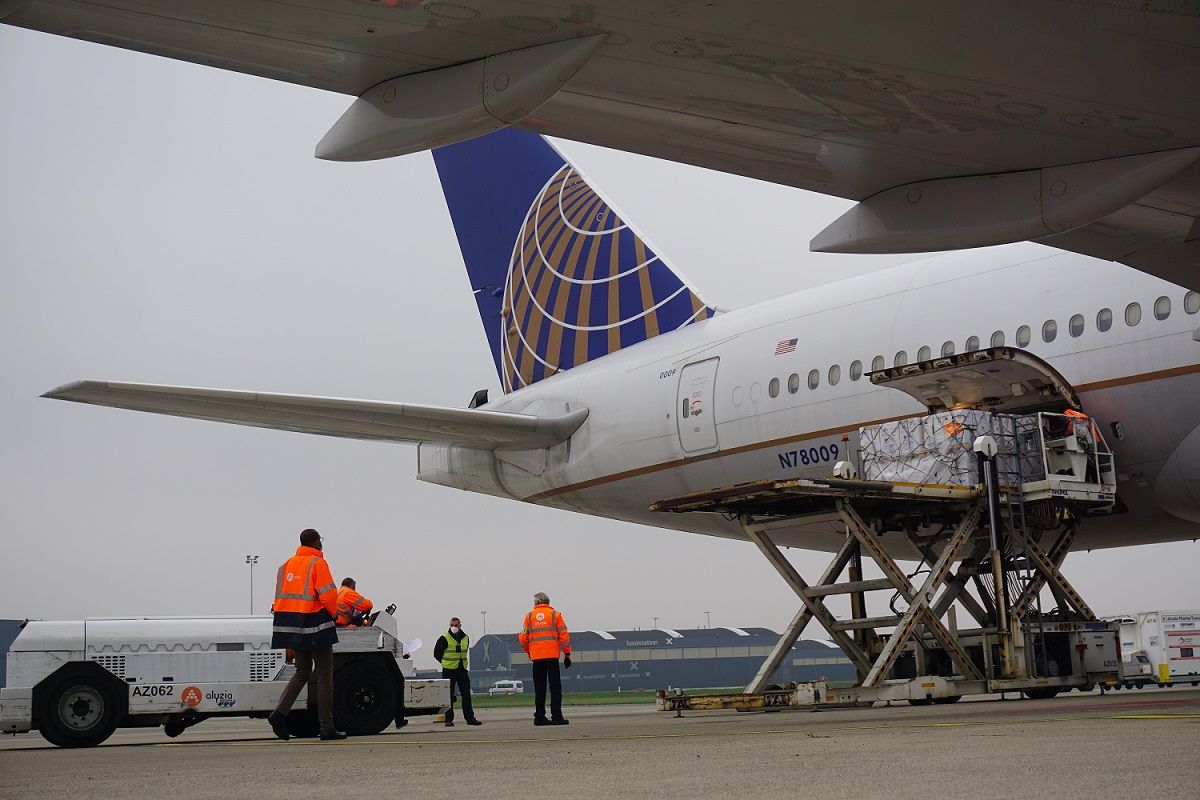 A surge in freighter services and bellyhold cargo saw Brussels Airport overcome a drop in express shipments to handle 4% more airfreight in January compared with the same month in 2021, and 10% over January 2019.

The main Belgian hub saw throughput of 60,645 tons in January, an increase due partly to the disruption of global cargo supply chains. Earlier this year, the airport reported 2021 flown airfreight volumes rose 30.6% compared to 2020.

Compared to January 2021, growth in freight transport continued mainly in the freighter segment (+24%), but also in belly cargo (+51%), due to the severe travel restrictions and the resulting decline in passenger flights a year ago.

In pure volumes, Asia remains the most important region for the key European hub, followed by the US.

Full cargo flights increased very slightly by 0.9% compared to January 2021. The share of cargo flights carried out by passenger aircraft is declining but, said an airport spokesperson, remains “an important additional connectivity option for destinations such as Brazil, China and Japan.”