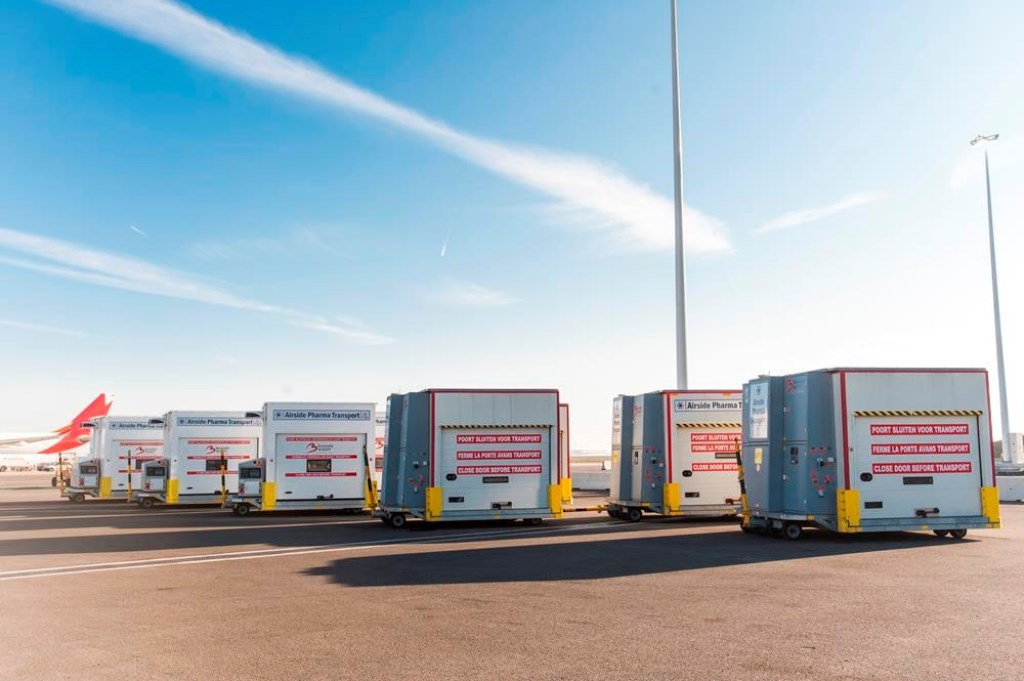 Brussels Airport has more than doubled its fleet of airside pharma transporters due to demand for the specialist dollies.
The Belgian hub has added five more of the trailer-mounted transporters, bringing its total fleet to nine units.
The airport said: “To meet the rising demand from shippers and airlines the additional investment was crucial.
“When it comes to carrying temperature sensitive pharmaceuticals products, keeping the entire logistic chain of transport at the right temperature, is of the utmost importance.”
The new units will offer extra features including variable temperature settings and automated temperature reporting, while they will also feature a cooling system powered by solar technology allowing them to operate autonomously for several days.
The airport first unveiled its pharma transport units in 2016. The units can be monitored in real time and are booked using an app.
In April last year, Brussels Airlines Cargo said it would use the temperature controlled dollies as standard at its home hub for all pharma shipments requiring temperature control.
The airline said it has made the decision to standardise the use of the cool dollies for temperature controlled shipments at Brussels in response to customer demand.
Read more cargo airport news
Click here for a free digital subscription