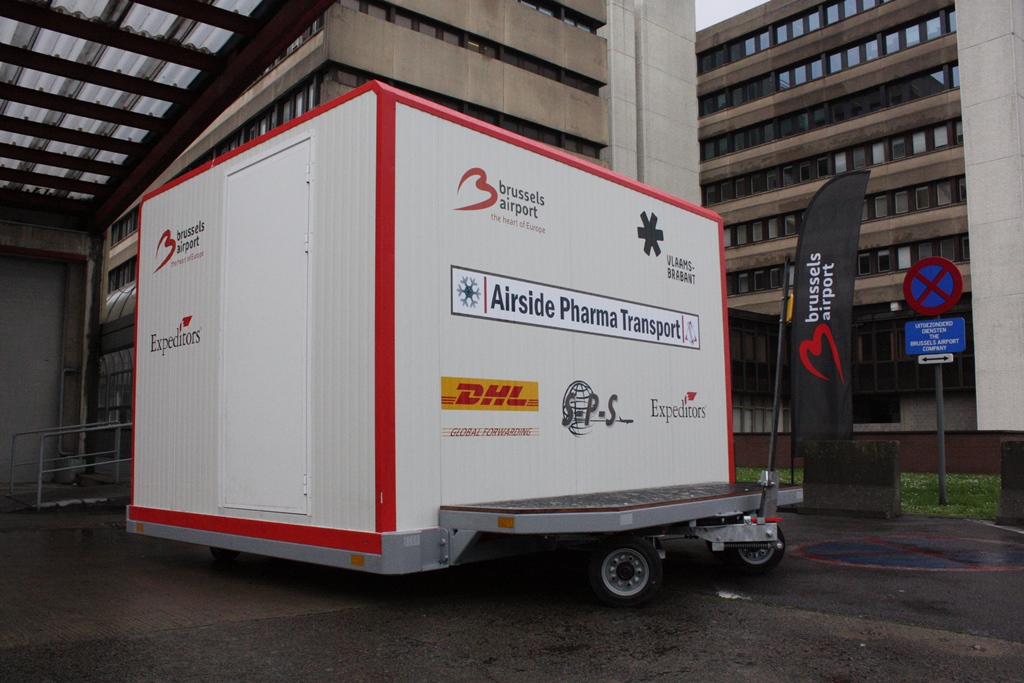 Brussels Airport has developed an airside pharma transporter in order to get around the problem of temperature fluctuations during the transfer of air cargo to and from the aircraft.
The Belgian airport said its airside pharma transporter, which will swoop into action this month, is a trailer on which an insulated cool box is installed.
“What is really innovative is the technology that allows the temperature and location of the refrigerated transporter to be monitored in real time,” the airport said.
“It is very important to control the temperature of pharmaceutical shipments because the products may no longer usable if there have been temperature fluctuations.”
Brussels Airport Company chief executive Arnaud Feist said: “Transport between storehouse and the aircraft is not without risk.
“With the airside pharma transporter, we now have a unique and above all reliable solution that is also environmentally-friendly and is four times less expensive than existing transport equipment with refrigeration that is suitable for use on the tarmac.”
The issue of maintaining temperature when transferring cargo to and from the aircraft has been raised as a major concern for forwarders, especially given the fact shipping containers can maintain temperature throughout transport.
Qatar Airways senior manager cargo products David Beecham said it had avoided this problem by using temperature controlled vehicles to take cargo directly to and from the loading ramp. This meant perishable cargo would be exposed for as little as 40 seconds.
Brussels’ transporter was developed as part of the Flanders Farma Hub project in collaboration with all partners of BRUcargo and in conjunction with all the major pharmaceutical producers with manufacturing or distribution centres in Belgium.