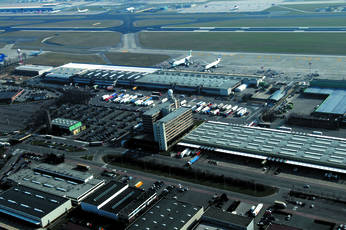 Brussels Airport saw a 1.1% rise in cargo volumes during 2016 to 494,637 tons, helped by strong performances in the pharmaceuticals sector and also by a double digit percentage rise in loads carried by freighter aircraft.
A spokesperson for the European cargo hub said: “Strong figures were noted, particularly in the second half of the year, so that the loss caused by the departure of Jet Airways and the impact of the [terrorist] attacks were compensated on a year basis.”
On March 22 2016, 12 people died in a terrorist attack in the passenger terminal at Belgian gateway, which affected passenger services for several weeks although freighter operations were able to restart soon after the outrage.
The spokesperson added: "The transport of pharmaceutical products and perishable goods from and to Brussels Airport rose sharply last year compared to 2015.
“The growth in 2016 is largely thanks to the full-freighter segment. This segment recorded strong growth particularly in the last quarter.”
On an annual basis, the full-freighter segment showed a 14.3% growth to 164,549 tons. Cargo transported by express services rose by 1.5% in 2016 to 203,982 tons. The existing DHL express freight hub has almost reached its “maximum capacity”, said the spokesperson.
Belly cargo on passenger flights fell by 12.6% in 2016. The decrease was a result of the departure of Jet Airways at the end of March and the terrorist attacks. For twelve days following the attacks there were no passenger flights. Passenger flights gradually resumed to reach 100% in June.
Cargo transport at Brussels Airport recorded positive growth of 22.0% in December in comparison with same month in 2015. This can be almost entirely attributed to the almost doubling of the full-freighter transport (+88.9%) to 19,754 tons.
Belly cargo fell by 5.5% compared to December 2015, while integrator traffic rose by 2.0% on the same month in 2015.
In November 2016, Brussels Airport published its strategy for the next 25 years which includes turning the Brucargo freight area into a “top-tier logistics centre” in order to support areas of national economic growth, such as the pharmaceutical and the biotechnology industries.
Pharma freight is a key growth area for Brussels, which saw the airport team up with Miami airport in the US  to set up Pharma.aero,a global organisation focused on improved pharmaceuticals handling and quality in the air cargo supply chain.
April 2016 saw the launch of Air Cargo Belgium (ACB), the new air cargo community organisation at Brussels airport.
Full year 2016 airport traffic figures are starting to trickle in, with Malpensa airport in Italy recording an 8.8% rise to 544,000 tonnes, while Cologne airport in Germany reporting a 3.7% increase to 786,000 tonnes.