Budapest is venue for Freighters Conference 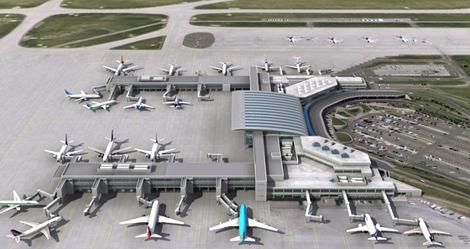 BUDAPEST, the romantic capital city of Hungary, is the glamorous venue for the 14th Freighters and Belly Cargo World Conference in September (21-23) this year.
Delegates from all over the air cargo world will meet there to discuss the latest critical trends influencing and re-shaping the freighter/belly capacity debate.
Often described as The Little Paris of Middle Europe, Budapest is famous for its architectural monuments to a 1,000-year-old culture – and has two sides, Buda and Pest, flanking both banks of the Danube river.
Buda and its historic castle district offers up medieval streets and houses, museums, caves and Roman ruins. The more dynamic Pest side boasts the largest parliament building in Europe, riverside promenades, flea markets, bookshops, cafes and antique stores.
Last year, Abu Dhabi hosted the annual conference, which is organised by Air Cargo Media, publisher of Air Cargo News and Freighters World.
Patricia Cooper, general manager of the company’s events division, states: “We will attract more top speakers than ever before – especially from Asia, Latin America and Africa – as we focus directly on the capacity challenges driving the industry.”
Budapest Airport is delighted by the decision.
”Our airport will do everything in its power to make this event successful for participants,” promises René Droese, property director and cargo area manager at Budapest Airport.
“We will be proud to meet industry leaders from the airfreight sector,” he adds.
The Hungarian hub airport has invested heavily in the logistics sector by handing over a €10million airport cargo centre to DHL Freight and DHL Global Forwarding.
In Budapest, rather like the international air cargo industry, there is an unmistakable feeling that something out of the ordinary is just around the corner.
Share this story