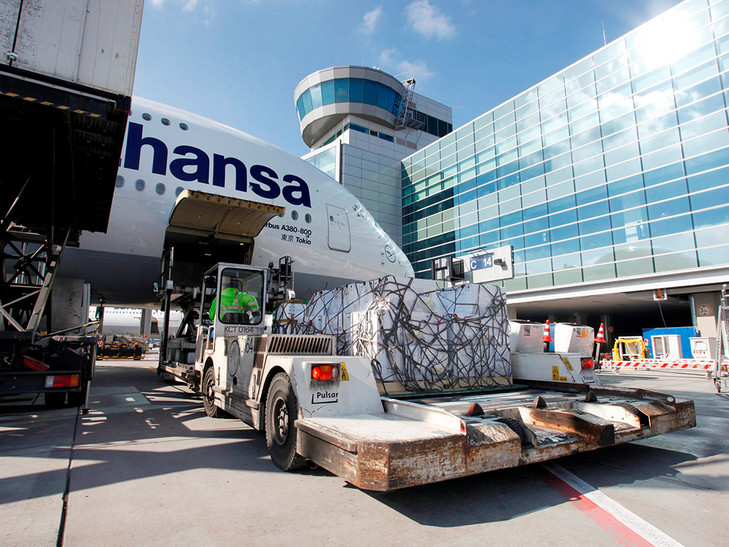 Germany’s airports must invest in infrastructure or they risk losing cargo volumes to their European rivals, according to the Board of Airline Representatives in Germany (Barig).
Speaking at a conference organised by the Federation of German Industry and the Federation of the German Aviation Industry, Barig secretary general Michael Hoppe said that Germany’s central location meant it had traditionally played an important role in European air cargo.
However, this was in danger of changing, he said, explaining that for freight forwarders it was of no concern whether goods are transported using a German airport of those in neighbouring countries.
He said the cost advantages of neighbouring countries combined with lower levels of bureaucracy meant it "seems to be economically attractive to transport goods to an airport in a neighbouring country by truck and further forward it from there as air cargo".
“Without a perfectly working infrastructure air cargo has no future in Germany," Hoppe said. "A rapid
enhancement and optimisation of infrastructure is urgently required.
"Further obstacles shall not be placed in the path of airlines. New bans on night flights, additional noise intermissions or noise ceilings imply obvious and more operational restrictions for airlines harm the business location Germany.”
Cargo transiting through Germany to other destinations is also under threat because of improved infrastructure at international airports outside of Europe, he added.
Barig called for further improvements to German cargo infrastructure and said that large infrastructural projects at airports should not be delayed any longer.
“If we miss out on laying the [foundation] for a prosperous future today, Germany will continue to lose ground in international competition, thereby putting its important position in scheduled, charter and cargo flights at risk. This in return would have serious consequences for economy, jobs and consumers,” Hoppe concluded.
In September, Barig warned of the consequence of introducing noise restrictions at Frankfurt airport.