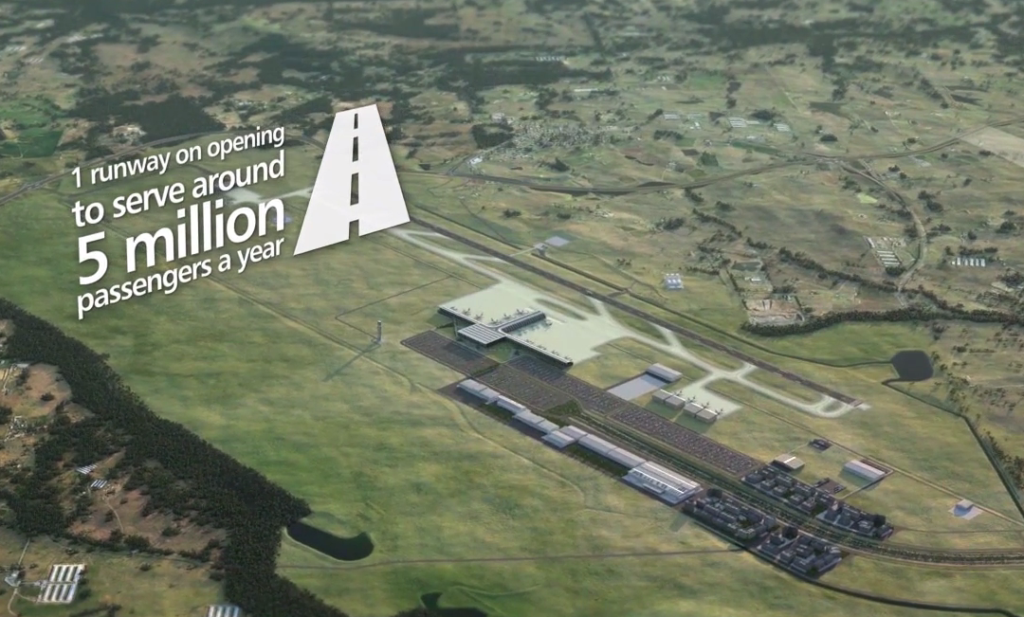 An Australian logistics group has called on the country’s government to ensure freight is a central component in the development of a second Sydney airport.
Earlier today, the Australian government signed-off plans to develop Western Sydney Airport, which will open in the mid-2020s and will feature a single 3,700 m runway. Over time a second runway could also be added.
The Australian Logistics Council (ALC) welcomed the news but said freight should play a central role in its development.
“Australia’s large and rising national freight task includes significant growth in the airfreight sector and so it is imperative Sydney’s next airport is planned and built in such a way that accommodates expected future freight flows,” said Michael Kilgariff, ALC managing director.
“According to the 2013 Aviation White Paper, airfreight volumes are expected to double by 2025 while the New South Wales Government predicts Sydney Airport will deal with more than 1.5m tonnes of cargo each year by the 2035 up from 650,000 tonnes in 2012.
“It is therefore imperative that a second Sydney airport, which has been identified by Infrastructure Australia in its Infrastructure Priority List as a High Priority Initiative, is established in the most efficient manner possible to share this growth in traffic.”
The ALC called for land to be set aside for the construction of logistics facilities and infrastructure links and added that the airport should be curfew free.
Said Kilgariff: “We cannot afford restrictions to be placed on the airport that inhibit the efficient movement of freight.
“Both at home and abroad, curfew-free airports provide significant economic benefits.
"In Australia, this is evidenced by the operation of Melbourne and Brisbane Airports which both do not have a curfew.
“The imposition of a curfew on Badgerys would put it at a disadvantage when compared to these two other airports.”