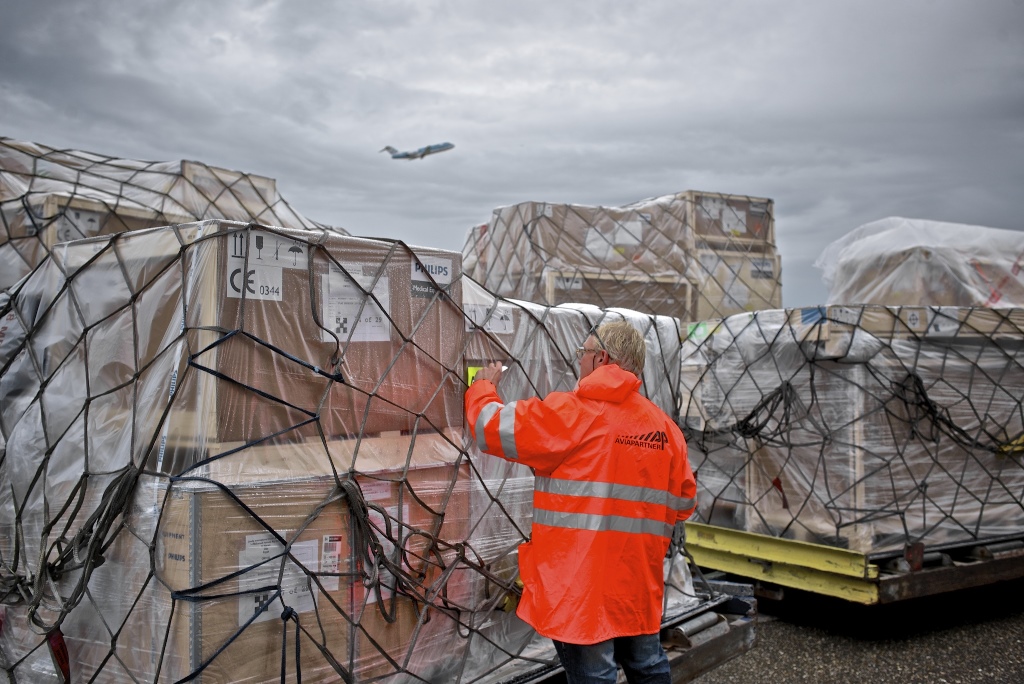 Amsterdam Schiphol Airport saw cargo volumes reach record levels in 2016, with demand to Asia and e-commerce volumes leading the way.
The airport, which is the third busiest in Europe by cargo volumes, saw demand increase by 2.5% on 2015 levels to reach 1.7m tonnes.
In December, demand improved by 10.4% on a year earlier to reach 149,000 tonnes.
The demand improvement is a reflection of general market growth, with Airports Council International Europe estimating that airport demand in the region improved by 3.5% year on year during the first 11 months of 2016.
Asia remains Schiphol’s largest market, with Shanghai, the busiest destination, and new direct flights launched to Xi’an and Ningbo, both in China.
Another trend at the airport was a switch from direct services to China, to those transiting via other European hubs.
Cargo director Jonas van Stekelenburg said: “The upswing in e-commerce shipments, both inbound and outbound, were a large contributor to the cargo volumes for this market.
“As a large number of flights now transit Europe en-route to China, we can attribute a proportion of the growth in our European figures to the developing Asian market.”
He added: “We had a strong start to 2016 due to several new carriers making use of Schiphol, and expansion by existing players, and there was an increase in traffic levels in the second half of the year resulting in a total tonnage that surpassed our expectations.”
Fewer direct flights to Asia meant final figures for the region were down 5% inbound and 7% outbound to 290,313 tonnes and 290,560 tonnes respectively.
Flights to Asia transiting European destinations including Baku, Azerbaijan, and Moscow, Russia, increased, however, resulting in a strong overall result for Asia cargo through the hub.
A proportion of Europe’s growth of 74% to 104,061 tonnes outbound, and 42% to 105,736 tonnes inbound was therefore down to cargo transiting to and from Asia.
Africa inbound volume grew 2% to 117,556 tonnes because of increased freighter capacity serving the perishables market. Outbound volumes to Africa were 11% down at 54,684 tonnes.
Middle East tonnage was up 5% to 94,607 tonnes, with outbound tonnage remaining at 120,111 tonnes.
Latin America inbound cargo was up 11% at 101,706 tonnes because of a boost in flower imports from Quito, Ecuador.  Outbound cargo saw a downturn of 12% at 75,125 tonnes, reflecting decreased capacity on routes to Miami, US, and South America.
Exports from North America were down 1% to 157,621 tonnes year-on-year because of decrease in belly volume, whilst North America import volume was up 2% at 150,172 tonnes because of an increase in flights from the US into Europe.
Stekelenburg was optimistic about the year ahead: “The outlook for 2017 – as we see even more air traffic growth – is positive; we are very encouraged by last year’s results.”
Demand growth at Schiphol outstripped Europe’s largest airport Frankfurt, which registered an improvement of 1.8% to 2.15m metric tons. It was also ahead of Belgian gateways Liege and Brussels seeing tonnages up by 1.7% and 1.1% to 660,665 tonnes and 495,000 tonnes respectively.
However, it lagged behind Heathrow which registered an improvement of 3% to 1.54m tonnes and Milan Malpensa’s growth of 8.8% to 544,000 tonnes and Cologne’s 3.7% improvement to 786,000 tonnes.