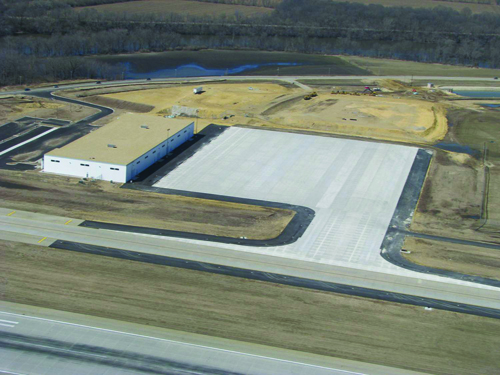 Chicago Rockford International Airport has revealed that it is pushing to climb the ranks of the US’s largest cargo airport after having increased its airfreight handling capabilities in recent months.

On the the Federal Aviation Administration’s 2019 list of All-Cargo Data for US Airports, Chicago Rockford International Airport sat in 19th place. The list is comprised of large- and medium-sized airports located in areas such as Los Angeles, New York City, Miami and Atlanta.

The airport said that 2019 “was a record-breaking year for cargo at RFD” and that “2020 is on pace to shatter that record with 30% continued year-over-year cargo growth through April”.

In the first four months of this year, the hub handled more than 851m lbs of cargo.

Mike Dunn, executive director at RFD, said: “The need for businesses and individuals to have access to essential materials and e-commerce opportunities during Covid-19 has strengthened the need for both UPS and Amazon and the service they provide to our region.”

“The partnerships formed and grown over the past numerous years have greatly benefited our community – in terms of access to supplies as well as jobs, revenue and overall economic impact.”

RFD recognises itself as Chicago’s low-cost airport for cargo and passenger services.

The airport is home to the second-largest UPS hub in North America, ABX Air, ATI, Atlas Air and Southern Air, which support daily flights for Amazon.