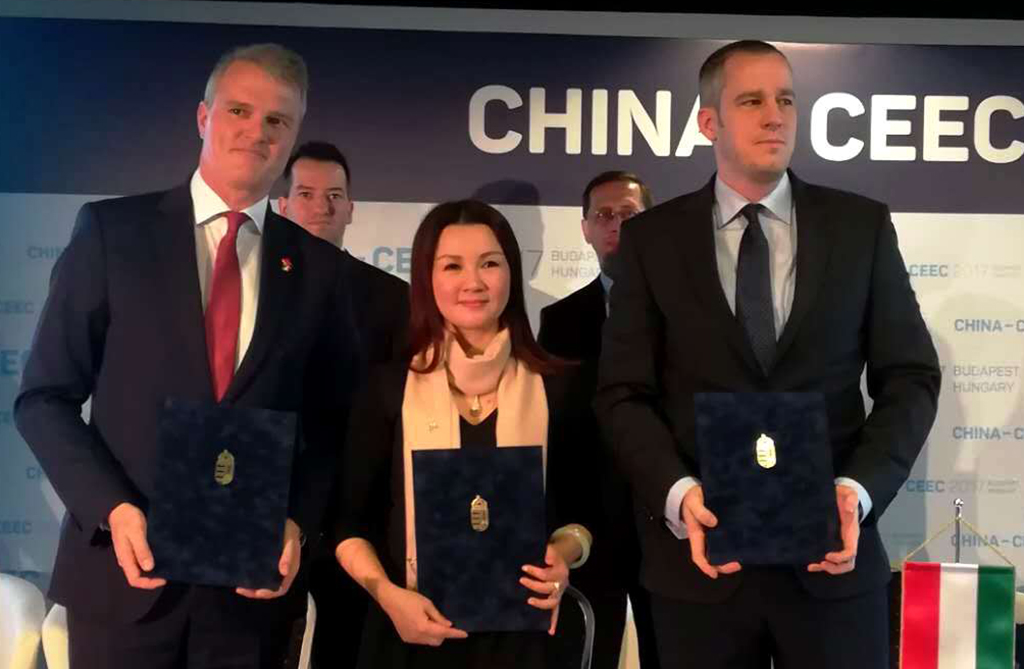 Chinese logistics company STO Express is to launch scheduled B747 freighter flights to Budapest, following the signing of a cooperation agreement with the airport and Turkish and European third party logistics specialist, Ekol.
STO has named the Hungarian gateway as its preferred European hub to deliver e-commerce products arriving from China, in an agreement signed at the annual conference of the “16+1 cooperation” initiative, comprising China and 16 countries from the Central and Eastern European (CEE) region.
STO Express has in fact already operated its first service, as a charter flight in November, using a Silkway Italia Boeing B747 freighter.
Cargo at Budapest Airport has increased by 36% since December 2015. From January to October 2017, it handled a record of 103,800 tonnes of air cargo, up 14.5% on the same period last year.
On signing the deal with STO and Ekol, Budapest Airport director property and cargo Rene Droese said: “We believe that Budapest and Budapest Airport provide the best place for distribution by STO Express in the CEE region, and we will do our best to prove this in the near future. Our new air cargo base, Cargo City, will commence operations in the summer of 2019.”
He added that e-commerce in Hungary grew at 20% from January to June, compared to the same period last year: “This means online transactions of approximately $600m during the first half of 2017. E-commerce is thus clearly one of the areas with the greatest potential in the market, including air cargo.”
Read more Cargo Airport News