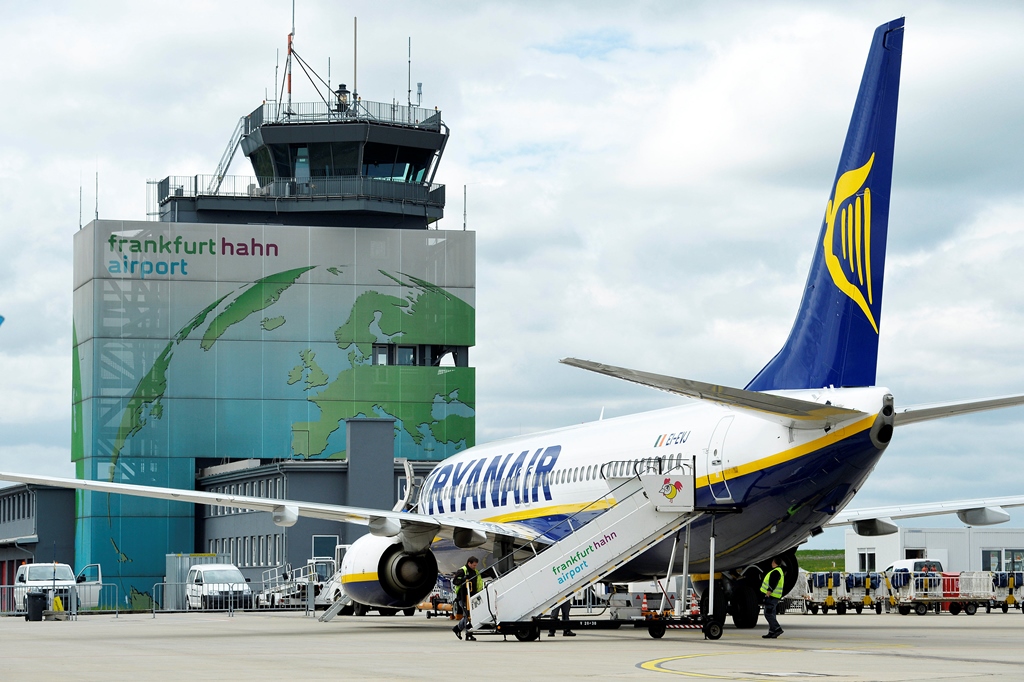 UPDATED: Chinese investor Shanghai Yiqian Trading Co has taken a majority stake in Frankfurt-Hahn Airport after months of speculation as to which firm would win a call for offers.
At a press conference this morning, the German state of Rhineland-Palatine’s interior ministry put an end to months of speculation as to which company would invest in the airport by announcing that Shanghai Yiqian had taken an 82.5% stake for a low double-digit million euro price.
Three bidders made it through the negotiation stage, although the two other companies were not named.
The ministry said Shanghai Yiqian is active in aviation, logistics and international trade, while the legal representative of the company, Yu Tao Chou, has extensive contacts in the aviation industry and was a key player in the development of the activities of a number of Asian airlines, including Yangtze River Express.
The ministry went on to say Shanghai Yiqian Trading hoped to expand both the airport’s cargo and passenger business by working closely with Asian airlines.
Roger Lewentz, minister of the Interior of Rhineland-Palatinate, said: "The takeover by a private investor marks the beginning of a new chapter at Hahn Airport which will give new impetus for further developing the airport.
"The new government of Rhineland-Palatinate has a strong interest in a successful Frankfurt Hahn Airport: This is why we will continue our commitment to granting operating aid and investment aid within the framework of the Aviation Guidelines of the European Commission."
He added that the shares were sold to the best bidder who in the view of the state would significantly strengthen and develop Hahn Airport.
The investor is also considering a purchase of landside properties in order to emphasise its long-term commitment with Hahn Airport.
Loss making Frankfurt-Hahn, which is able to offer 24-hour operations, handled just under 80,000 tonnes in 2015, a 39.9% decrease on prior year. At its peak, in 2011, the airport handled 286,000 tonnes of cargo.
The regional airport had hoped to capitalise on the nighttime ban at its big brother neighbour Frankfurt Airport — Europe’s number one cargo hub handled 2.1m tonnes in 2015 — but Hahn has not realised its early potential.
Speculation that Amazon was considering a bid for the airport gained widespread media coverage earlier this year.
On Friday, Henan Civil Aviation Development and Investment Co denied reports that it had invested in the airport.
The sale will have to be approved by the Parliament of the federal state before its summer break.