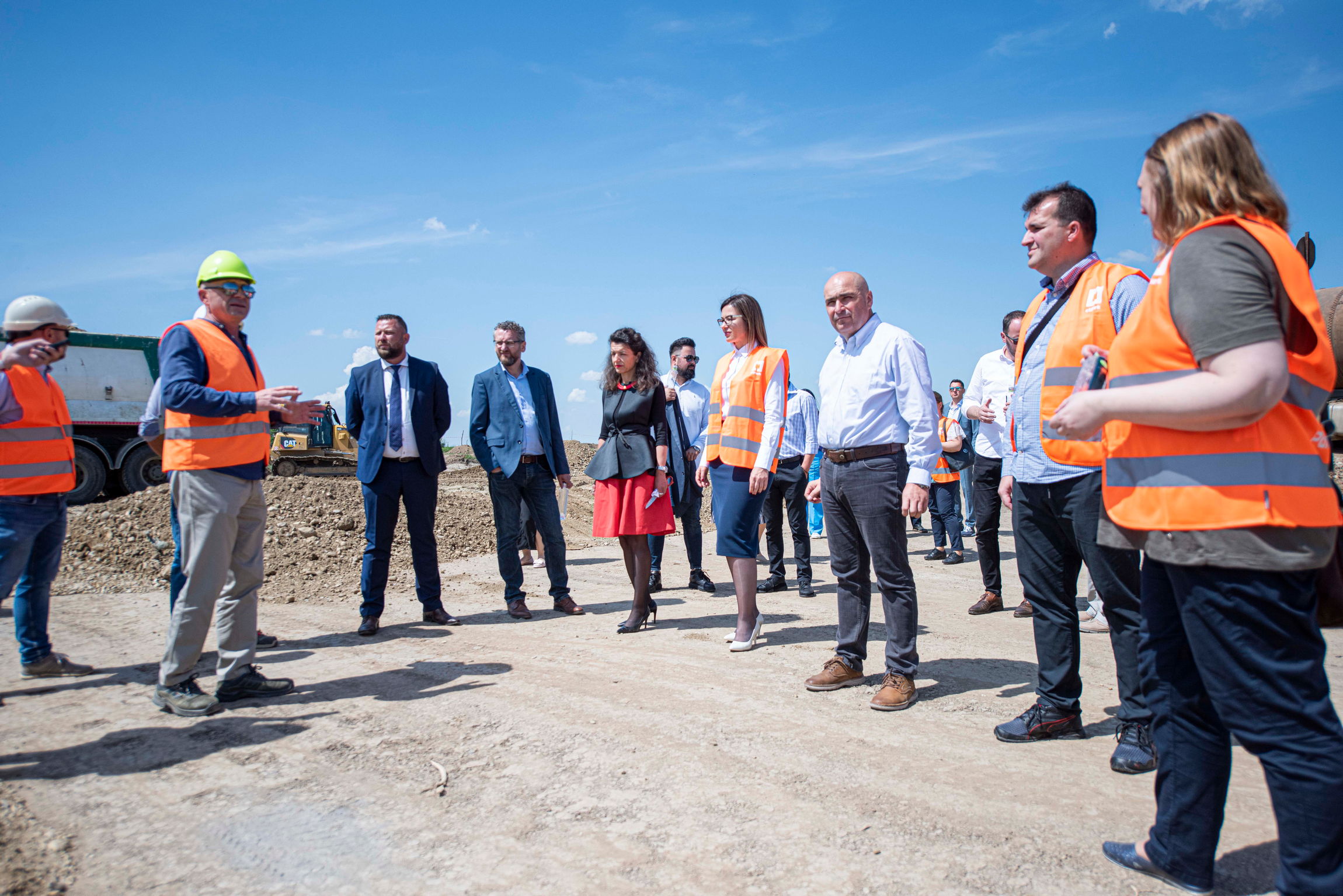 Industrial and logistics developer CTP has begun construction work on the first industrial park with an air cargo terminal in Romania.

Amsterdam-headquartered CTP said CTPark Oradea Cargo Terminal is being developed on a 14.4 ha site that is directly connected to Oradea Airport and in proximity to the Eurobusiness II industrial park.

Construction work on the taxiway connecting the aircraft parking apron to the airport runway has been completed. Work is currently underway on the aircraft parking apron, with a surface area of over 20,000 sqm, and on the first industrial and logistic spaces, including air cargo. Two buildings with a total area of approximately 25,000 sqm will be operational by the end of the year.

Upon completion of the construction works, CTPark Oradea Cargo Terminal will have a total area of over 60,000 sqm. The value of the investment is approximately €36m.

Ana Dumitrache, country head of CTP Romania, said: “CTPark Oradea Cargo Terminal represents a national premiere project. It is the first industrial park with an air cargo terminal, involving special infrastructure works coordinated by our construction team. We strongly believe that infrastructure is the key for industrial and logistic development and this is far from being Romania’s strong point, that’s why we get involved whenever we find the authorities open to sustainable developments.

“Although the project has just started, the interest of potential tenants, users of logistic spaces, but also air cargo operators, is quite high and has resulted in a first lease contract; at the same time, we have advanced discussions for about 50% of the available spaces. The value of the investment in CTPark Oradea Cargo Terminal will be around 36 million euro upon completion and follows our existing investments in Oradea.”

CTP is the largest owner, developer and manager of logistics and industrial real estate in Continental Europe by gross leasable area, owning over 9.3m m2 of space in ten countries as of 31 March 2022.