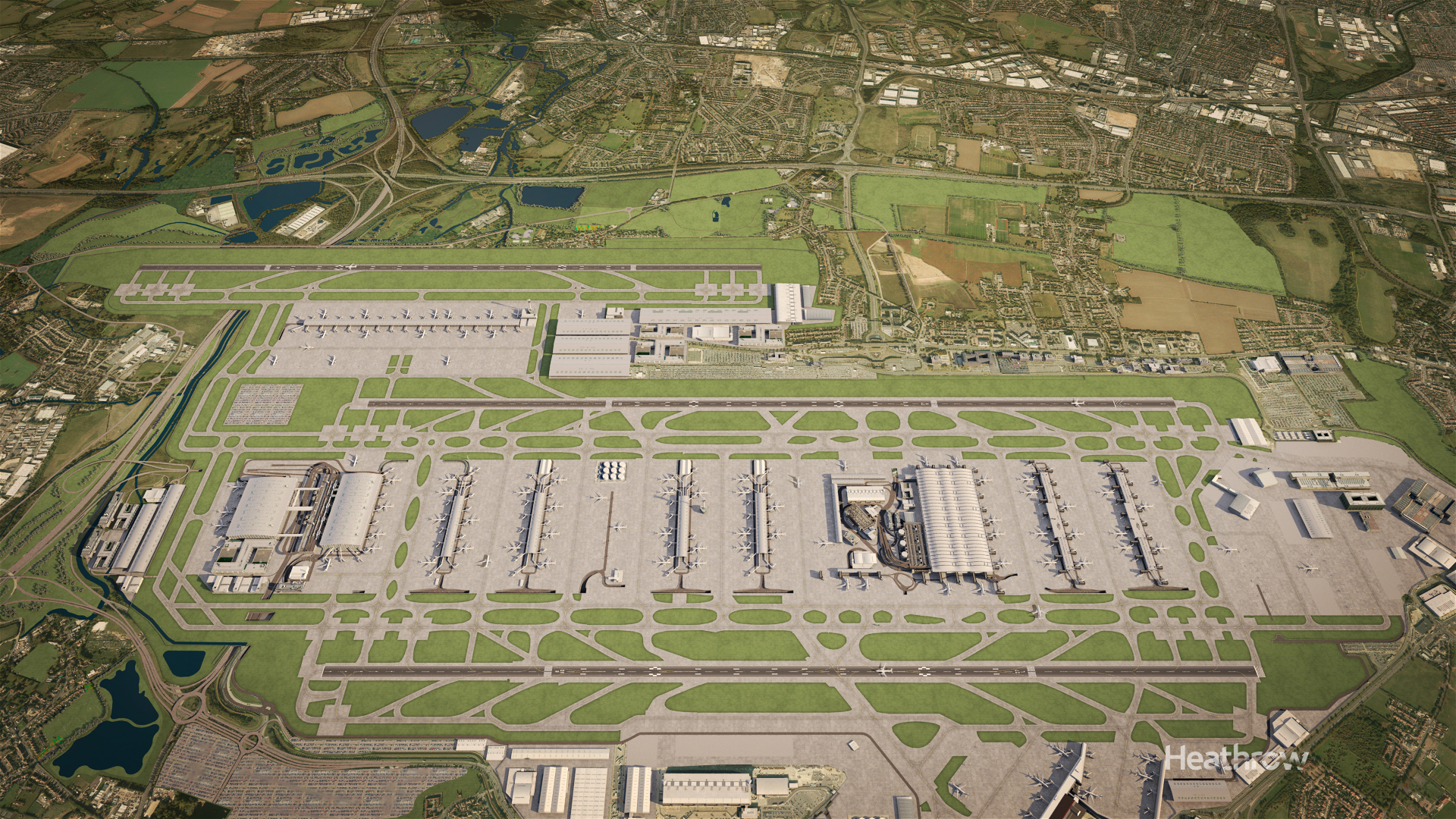 A group of local authority councils around Heathrow Airport is to seek a judicial review of the UK government’s support for a third runway at the London hub.
The group has today (July 19) formally notified the Secretary of State for Transport, Chris Grayling, that it will launch a legal challenge to government’s decision to give policy support in the Airports National Policy Statement (NPS) for Heathrow’s expansion. The defendant in this legal challenge is the Department for Transport.
Late June saw Grayling formally designated the airports (NPS), which could see construction on a Heathrow runway start within three years.
The legislative procedure, paving the way for Heathrow to submit a formal planning application, followed a vote in the House of Commons when Members of Parliament voted by 415 to 119 in favour of the NPS.
But in a joint statement the councils said that, along with the Mayor of London and environmental group Greenpeace, they are challenging the government on the grounds of "air quality, climate change, strategic environmental assessment including failing properly to deal with the noise consequences and surface access impacts".
On air quality they say, among other things, that the government has "misunderstood and misapplied the law on air quality".
On surface access the councils’ concerns include that the NPS "fails to recognise the scale of the challenge to accommodate additional traffic movements without unacceptable effects on the transport network and unacceptable effects from traffic pollution".
Speaking on behalf of the group, councillor Ray Puddifoot, leader of Hillingdon Council, said: "We have given the government numerous opportunities to address our concerns and answer our questions and they have demonstrably failed to do so.
"The government has misunderstood and misapplied the law on air quality, despite having already lost recent legal challenges on this issue.
"The evidence of unacceptable damage to the environment and the health and wellbeing of many thousands of people is untenable in both law and common sense."
The government must now respond to the councils’ formal letter before action. If the Transport Secretary does not agree to a quashing of the NPS, then the local authorities will bring judicial review proceedings.
A legal challenge does not in itself mean that work on any scheme has to be suspended. The process under the Planning Act, by which any scheme will be judged, is a robust and thorough process. To date, there have been no successful challenges against the designation of a NPS or against the approval of a scheme.
The local authority group comprises the London boroughs of Hillingdon, Wandsworth, Richmond, Hammersmith & Fulham, Windsor and Maidenhead Council, the Mayor of London and Greenpeace.
A Heathrow spokesperson said: “We will support the Department for Transport in its response. We are confident in the process that has taken place so far, meaning that legal challenges are unlikely to be successful: the Airports National Policy Statement is supported by extensive evidence prepared by both the Department for Transport and the Airports Commission and has been subject to multiple rounds of public consultation and Parliamentary scrutiny.
"Judicial reviews are a completely normal process in infrastructure projects of this size and our work on our planning application continues, to ensure the timeline for the delivery of an expanded Heathrow is not affected.”