Defiant Brussels is back in business 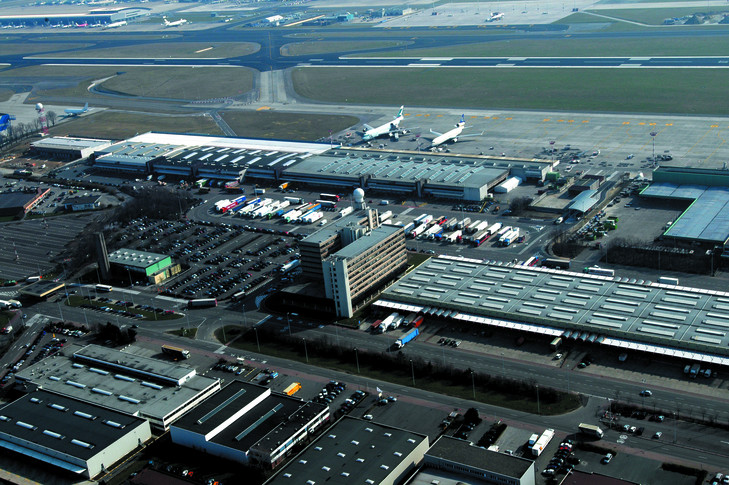 Brussels Airlines operated the first passenger aircraft since the March 22 attacks on Brussels Airport at 13.40 on Sunday. In a low-key ceremony, emergency services saluted the flight to Faro, Portugal in the presence of mobility minister Jacqueline Galant and defence minister, Steven Vandeput.
Chief executive of Brussels Airport Company, Arnaud Feist, paid tribute to the thousands of employees who had been working day and night to make the resumption of services possible. He said: “Today we show our strength, show that we have risen again, that we will not allow ourselves to be beaten. It is the start of a new beginning, even if there is still so much work to be done to return things to a normal situation, to the extent that it will ever again be normal.”
Board chairman Marc Descheekmaecker stressed the importance of picking up the threads at Belgium’s second largest economic generator, saying: “The airport not only gives 20,000 people a job, but, thanks to the connectivity with the rest of the world, allow companies in our country to develop and grow.
National carrier Brussels Airlines said it had also operated flights to Athens and Turin on Sunday but from today (Monday, April 4) would gradually add long-haul services and further extend its European flight programme.
For the moment it would continue to operate part of its schedule from Liège and Antwerp, with some long-haul flights using Frankfurt and Zurich.
Chief executive Bernard Gustin said: "Our thoughts remain with everyone affected by the attacks. These past 11 days, we have been working in extremely difficult operational and emotional conditions.”
He paid tribute to the “enormous commitment” of the carrier’s employees and service providers, including those at the other airports, as well as to Brussels Airport staff who had “worked day and night to reopen the airport."
Full freighter operations at Brussels airport resumed from Wednesday 30 March, the day after the attack. According to head of cargo, Steven Polmans, they were back to normal around two days after the attacks. Trucking volumes have increased because of the diversion of long-haul bellyhold services.
Polmans added that there were no cargo backlogs or delays in the cargo area, which is the other side of the airport from where the attacks took place.