Delhi on a monthly high for airport cargo volumes in October 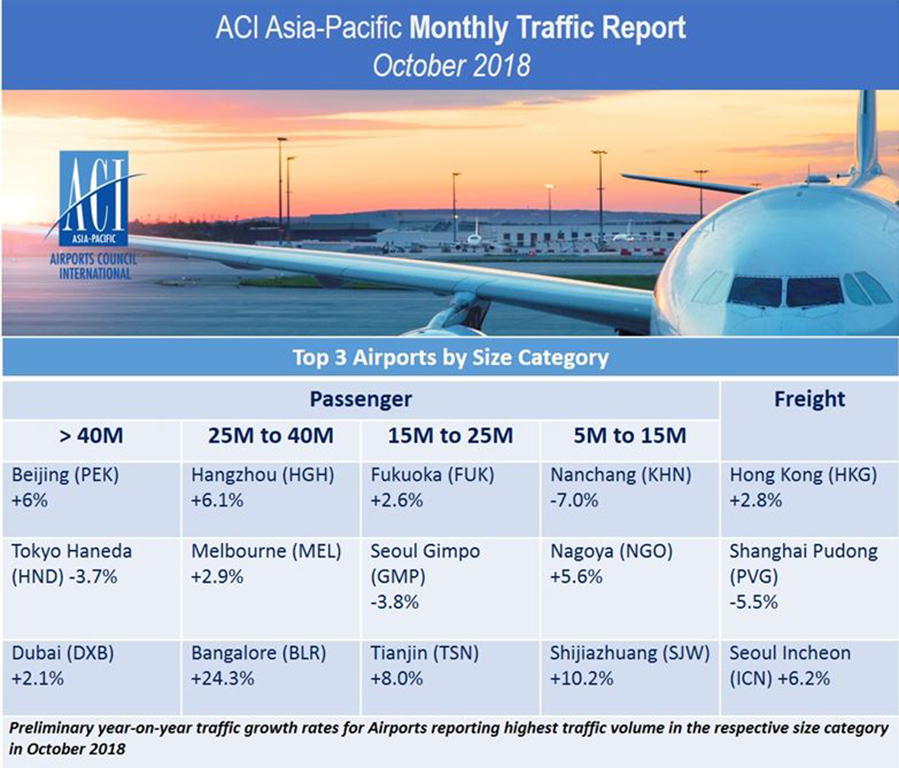 Cargo throughput at airports in the Asia-Pacific and the Middle East regions grew by +2.6% and +1.8% respectively in October 2018, amid the ongoing trade disputes between China and the US.
The latest monthly statistics from Airports Council International (ACI) Asia-Pacific show that, among the major cargo hubs, Delhi (DEL) had the highest growth rate in October, at 19.9%.
The Indian hub was followed by Doha (DOH) +13.1% and Mumbai (BOM) +11.1%.
Passenger traffic across Asia-Pacific and the Middle East recorded growth in October of 4.8% and 4.2% respectively.