Chennai airport prepares for role as aid and relief hub 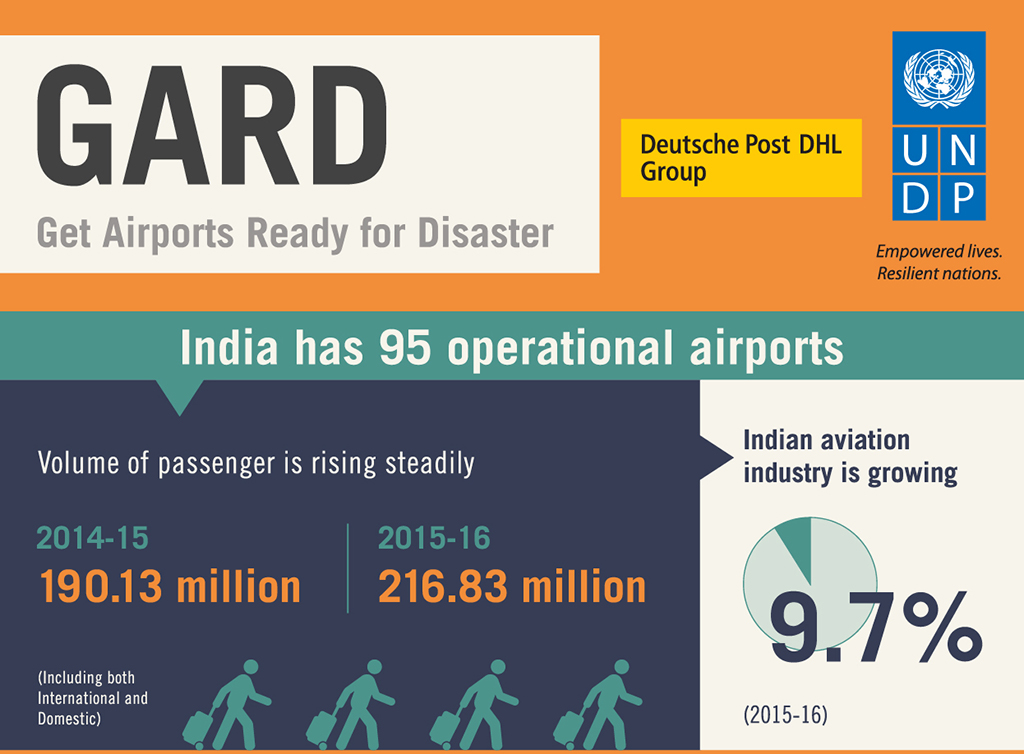 A four-day “Get Airports Ready for Disaster” (GARD) workshop is underway at India’s Chennai International Airport to help prepare for its role as an aid and relief hub during natural disasters.
The workshop has been launched by Deutsche Post DHL Group and the United Nations Development Programme (UNDP).
After a natural disaster, the nearest airport can quickly become overwhelmed due to the large volume of incoming relief supplies. This can often delay ─ or even stop ─ the onward transport of lifesaving supplies.
With Chennai and its surrounding region prone to heavy flooding, the GARD workshop will help airports like Chennai develop a clear and adaptable action blueprint to support immediate relief efforts in the wake of a natural disaster.
“The frequency and severity of natural disasters will continue to rise in the years to come,” said Marina Walter, deputy country director at UNDP.
“Practical experience gained through other disasters, can help us ensure that the most critical functions during any relief effort ─ particularly airports, which act as the gateway for emergency aid ─ are able to operate with life-saving speed and precision, even under extremely testing circumstances,” she added.
Chris Weeks, director of humanitarian affairs at DHL, said: “The GARD workshops have seen DHL and the UNDP collaborate with authorities all over the world to analyse and define the capacities needed at airports in case of natural disasters.
“That gives us a uniquely informed perspective when it comes to understanding how airports like Chennai can best adapt their infrastructure, personnel resources, and processes to seamlessly enter ‘relief mode’ if and when the need arises, with an especial focus on disasters like floods which are most common in their particular geography.”
The workshop will see participants share their experiences, brainstorm scenarios, and develop action plans for responding to emergencies caused by natural disasters.
This includes planning how to prevent, quickly restore, or otherwise work around damaged infrastructure during a disaster, such as when much of the airport’s main landing areas were rendered inoperative.
Participants in the workshop include a mix of staff from Chennai Airport terminal management including cargo handling, operations, communications navigation services, electric, civil and electric engineering, fire and security services, immigration, customs and district officials.
A. K. Dutta, member (operations) at Airports Authority of India, said: “Chennai Airport is the fourth-busiest airport in India, playing host to more than 11m passengers between April and December 2015.
“With the continued threat of natural disasters occurring in the region, we recognize the vital role that our airports play in the relief efforts.
“This GARD workshop in Chennai follows our previous session in Guwahati in December 2015 as we remain committed to ensure that our airports remain operational during and in the aftermath of disasters.” 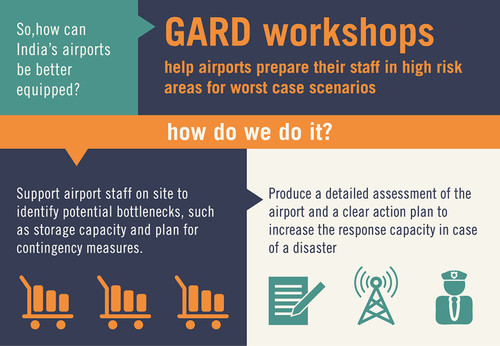