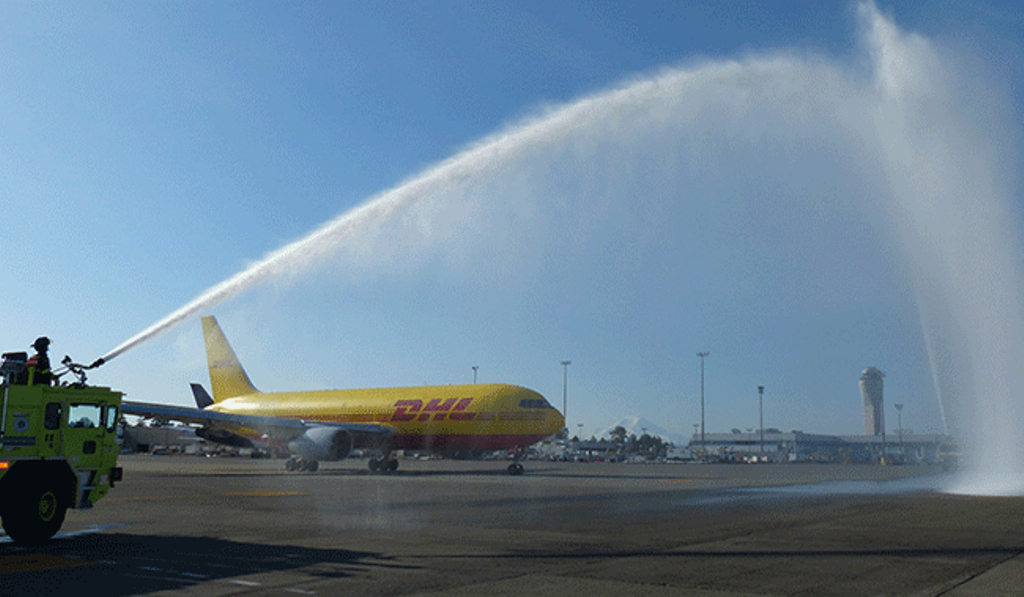 DHL Express has moved its Seattle air operation down the road to Seattle-Tacoma International Airport from Boeing Field Airport in order to access Sea-Tac’s recently developed cargo facilities.
The move will see DHL operate 20 flights per week using Boeing 757 and B767 freighter aircraft.
The airport said the addition of DHL marks the seventh new air carrier to announce service at Sea-Tac in 2016.
This includes cargo carriers Lufthansa Cargo, operated by AeroLogic, and ABX Air, along with passenger service from Spirit (started in March), Volaris and Xiamen slated to begin later in the year. Virgin Atlantic also just announced a service to Sea-Tac beginning in 2017.
“The investment we made to modernise and expand our airfield cargo facilities continues to pay off with cargo carriers moving to Sea-Tac to take advantage of the opportunities,” said Port of Seattle commissioner Courtney Gregoire.
"It’s another building block toward meeting the Port’s Century Agenda goal of increasing air cargo at Sea-Tac.”
Last year, the airport spent $23m in facility upgrades to increase international trade-related business for cargo.
The projects expanded two cargo areas to create expanded capacity for larger freighter operations which allows Sea-Tac to accommodate additional cargo business.
“SEA-TAC provides DHL with growth opportunities as we continue to expand,” said Cain Moodie, vice president and head of operations for DHL Express US.