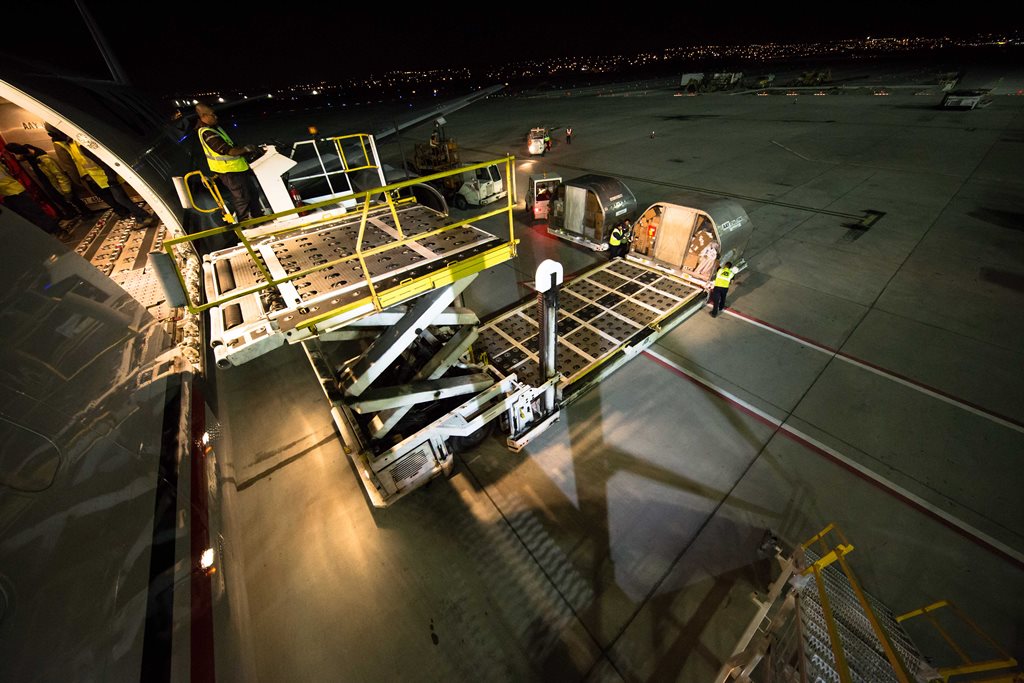 DHL Express will be the anchor tenant for Calgary International Airport‘s expanded cargo and logistics facility.
Phase II the new cargo facility will add approximately 100,000 sq ft of warehouse space at the airport, raising total warehouse space at the airport to more than 3.2m sq ft.
DHL Express will expand its current facilities by taking almost 38,000 sq ft of space – nearly tripling the size of its operation at Calgary.
“This investment in our Calgary facility is being made to support current growth, but also the significant mid- to long-term potential we see in international express volumes to and from Alberta,” said Andrew Williams, chief executive, DHL Express Canada.
The airport started work on the new cargo facility, which will have direct access to the cargo apron, in March 2015, with official opening planned for later in 2016.
In 2015, air cargo transported through the airport rose to 134,695 tonnes, which represents more than three-quarters of all air cargo moved in the province.