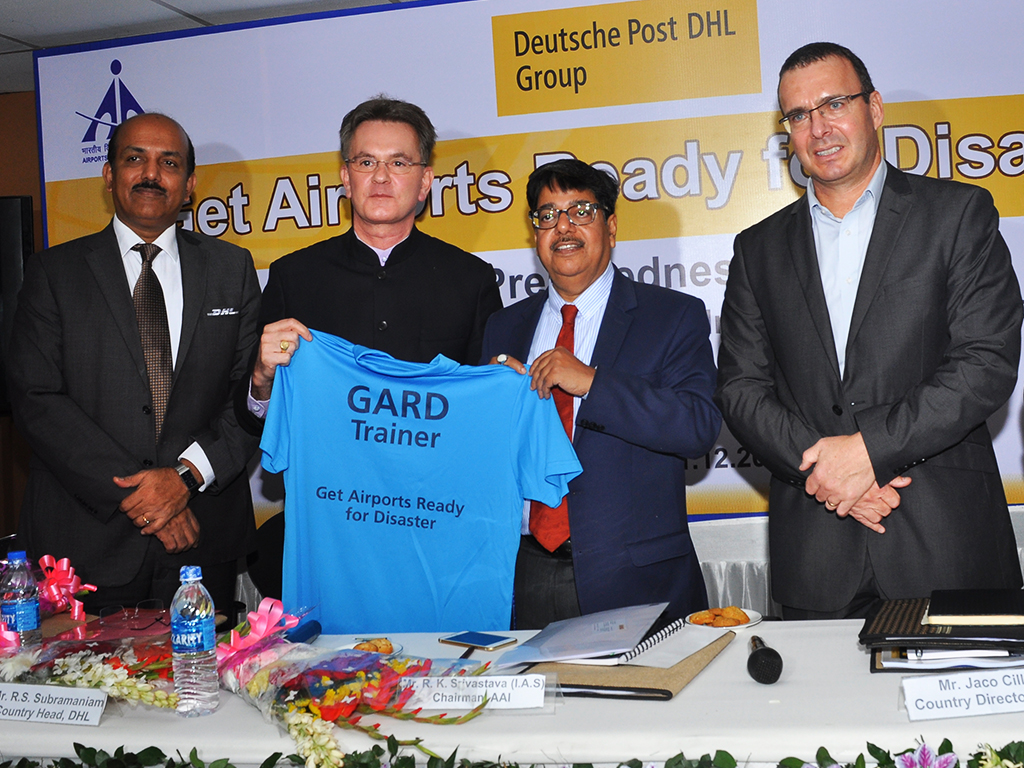 Guwahati International Airport is the latest location to benefit from the joint DHL-UN Development Programme (UNDP) Get Airports Ready for Disaster (GARD) programme to improve handling of relief goods. The Assam gateway is hosting the programme, the first to be held in India, on 8-11 December.
Speaking at the event, UNDP India country director, Jaco Cilliers said: "During disasters, airports frequently become the logistical hub where relief and emergency supplies are distributed. However, airports are often not equipped to handle the huge volumes of goods and surge traffic that follows in the immediate aftermath of any disaster.” Enhancing the preparedness of airports is vital to ensure business continuity and smooth rescue and relief efforts, he said.
DHL director of humanitarian affairs, Chris Weeks, added: "Through these GARD workshops, DHL is able to work together with authorities all over the world to analyse and define the capacities needed at airports in case of natural disasters and improve the overall coordination across various organizations involved in relief efforts.” DHL has now completed over 30 GARD workshops at airports around the world, he said.
India’s north east is considered as the sixth most earthquake-prone belt in the world, according to geologists.
The program will also help India to develop a disaster blueprint. During the GARD workshop, participants will develop action plans on how to better prepare airport personnel for emergencies caused by natural disasters, including handling large volumes of emergency aid goods and passengers in the immediate aftermath of a disaster.
Participants include a mix of staff from the airport’s terminal management team, including cargo handling, operations, communications and navigation services, along with disaster relief organisations.