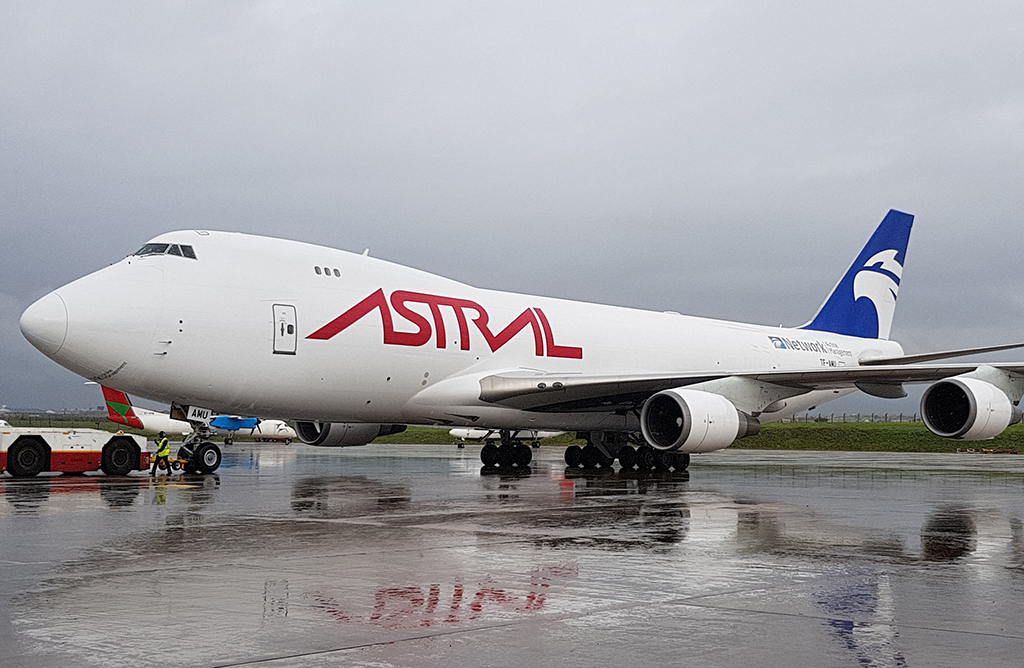 Doncaster Sheffield airport in the UK was forced to temporarily close its runway after a Boeing 747-400F (like the one pictured above) ran onto rough ground. The hub re-opened the runway a few hours later.

The aircraft – bearing the Icelandic registration TF-AMU – was pictured on social media with its nose-gear and main landing-gear in the grass.

It bore the logo of Kenya’s Astral Aviation, although the freighter had been wet-leased from Air Atlanta Icelandic, according to Cirium fleets data.

At the time, Doncaster Sheffield airport issued a NOTAM stating that the airport was closed “due aircraft obstruction” on the runway.

Circumstances of the travel onto rough ground have yet to be clarified. Meteorological data for the time of the landing indicated crosswinds from the west, but otherwise no adverse conditions.