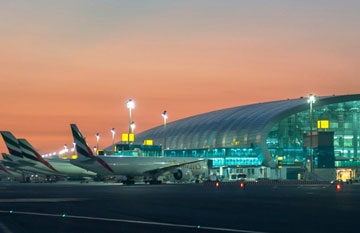 DUBAI International Airport’s cargo volumes rebounded by 4.3 per cent to 192,902 tonnes in August, compared with 184,877 in the same month in 2013, writes Thelma Etim, deputy editor.

The upswing came after the hub returned to full operational capacity in August following a runway upgrade project that reduced the airport to a single runway for 80 days and cut capacity by 26 per cent, says a company statement.

Aircraft movements during the month also rose slightly by 0.1 per cent to 31,214, in comparison with 31,198 recorded during the same period the previous year.

During the first eight months of this year aircraft movements totalled 227,110, down 6.4 per cent from 242,571 recorded between January and August 2013 – reflecting the impact of the runway closure period, adds the statement.