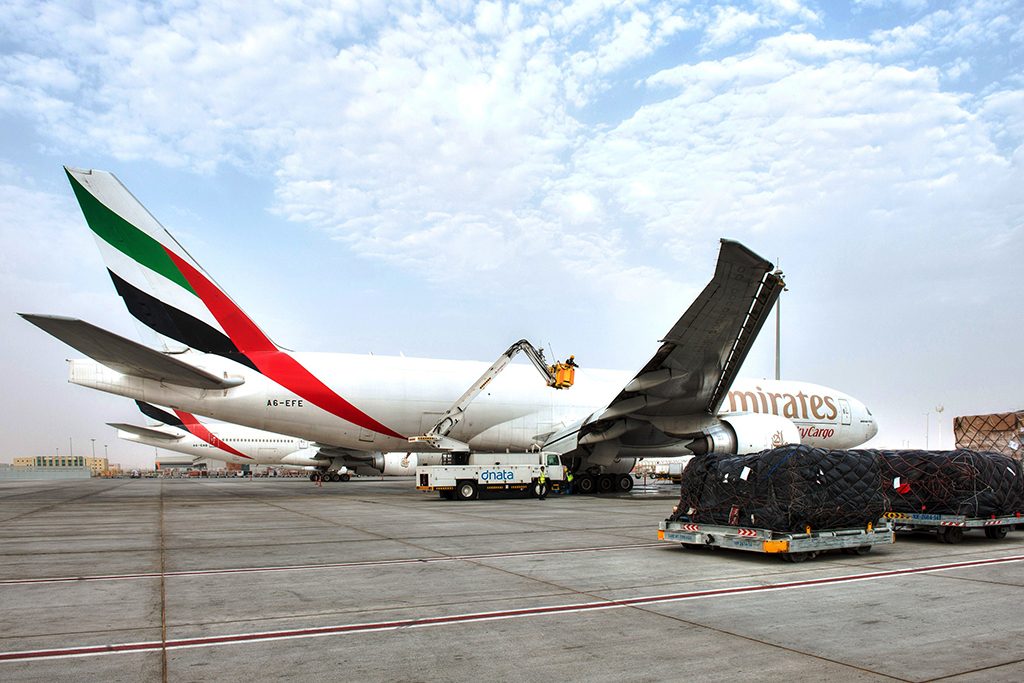 Airfreight traffic at Dubai World Central (DWC) rose 15.9% to 662,143 tonnes during first nine months of the year.
Hub operator Dubai Airports said: “Year on year cargo volumes increased despite a dip in volumes during the third quarter when DWC handled 219,131 tonnes of freight, down 15.6% from 259,636 tonnes recorded during same quarter in 2014.”
Dubai Airports said that both passenger and cargo traffic at DWC “registered contractions” in the third quarter of 2015.
This was due to a temporary boost in DWC’s third quarter throughputs last year when some traffic transferred from neighbouring Dubai International (DXB) due to the 90-day closure of a DXB runway between May and July 2014 for a refurbishment project.
Commenting on the results, Paul Griffiths, chief executive of Dubai Airports, said: “The launch of flydubai’s operations at DWC recently is welcome development not only because it offers more choice to our customers, but also adds to the airport’s growth.
“The permanent relocation of pure cargo operators to DWC earlier this year and the ongoing influx of cargo charter flights will continue to drive the growth in freight volumes at DWC in the long run.”
Only this month, Emirates officially opened its SkyCentral cargo terminal at Dubai South, part of the DWC logistics cluster, a facility that can handle 800,000 tonnes per year in its first phase but has allocated space to more than double its capacity.
A full report on the air cargo terminal facilities at Dubai South and Doha in Qatar will appear in the next edition of Freighters World, out in December.