Dubai’s DWC is waiting in the wings 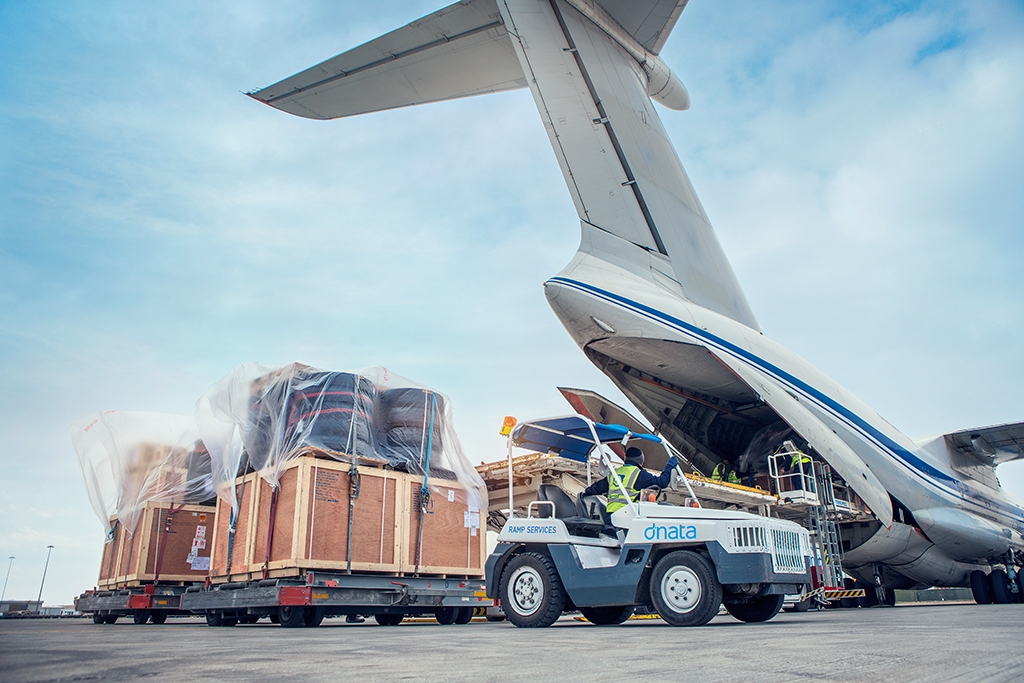 Aircraft operations at Dubai International Airport (DXB) are a little quiet at the moment as one of Middle East mega-hub’s two runways is closed for resurfacing.

Some airlines have scaled down their DXB flight schedule during the 45 day runway closure, others are operating fewer flights with larger aircraft and some are making a temporary switch to Al Maktoum International Airport, more commonly referred to as Dubai World Central (DWC).

DWC, surrounded by a growing logistics cluster of warehousing and offices, opened as a cargo hub for freighter flights in 2010 and then saw some passenger operations check-in three years later. Emirates moved over its entire freighter operation in 2014.

Located 70 km south of DXB and 37 km from the flagship Jebel Ali container port, DWC is a Middle East airport in waiting but already dnata is handling 200,000 tonnes of cargo per anuum (2018) at DWC, compared with 600,000 tonnes for DXB. Those figures do not include Emirates SkyCargo volumes.

Bernd Struck, senior vice president – UAE cargo and DWC airline services at Dubai based ground handler dnata, speaking before the runway closure, said that some airlines may choose not to make a temporary switch to DWC, preferring to stay at DXB and scale back services at time of lower demand, as the Ramadan religious festival takes place during May and June.

Any surge in passenger traffic at DWC will be temporary as a result, but even if the original growth strategy and timeframe for Dubai’s second hub was altered by economic downturns and airline alliances, the overall objective remains.

The original plan was to relocate the entire Emirates operation, passenger and cargo, to DWC, along with a number of other major carriers.

Says Struck: “In between, a number of things happened which affected the long term plan. In 2008 we had the global financial crisis which had a tremendous effect on the UAE and the Dubai economy especially.

“But since then the local economy has built up again nicely and Emirates purchased a number of A380s in order to make efficient use of DXB with that super large aircraft.

“And flydubai [a low cost government-owned airline] entered the arena ten years ago and changed the overall offering of Dubai’s air industry, quite substantially.”

Dubai is an established tourist spot in its own right, while Emirates’ hub and spoke global network is successful for both passenger and airfreight connections.

The plan for DWC, currently single runway, envisages five runways at some later date, and the second will be built when needed, but Struck makes the point that the cost of any future investment needs to be considered in a different light to that of the early 2000s.

“The cost of the new airport [DWC] has so far been estimated at around of $36bn, a substantial amount of money, and that includes capacity until 2030. With further investments, down the line. But is that the right thing to do at this time?”

Struck agrees with the approach of Dubai Airport, which manages the operations at both DXB and DWC, that having opened Terminal 3 at DXB in 2008 “it does not make sense after ten years to dump that capacity”.

Dubai Airports and dnata are already implementing new technology and processes to squeeze out every bit of extra capacity at DXB, a global hub whose footprint has no room for expansion.

Says Struck: “With that in mind, it makes a lot of sense that Dubai is now concentrating a little more on extending the life of DXB before undertaking further expansion.”

But that does not mean that development at DWC is static, says Struck: “We can now build DWC capacity for future use from the spill over at DXB. That is what we are going for, not only for cargo, but we have now a beautiful [passenger] terminal which could accommodate a major chunk of the regional traffic in the UAE.”

The expansion of the DWC passenger terminal to handle 27m passengers was completed in 2018, in the preparation for the planned relocation of flydubai from DXB, which did not materialise because of commercial agreements with Emirates.

Dubai Airport is now looking to develop traffic within a four hours flight time to DWC, which includes destinations in Pakistan, India and Bangladesh for passengers.

The airport already has substantial individual airfreight terminals for both Emirates SkyCargo and dnata, with the ground handler having “clear plans to develop additional capacity once it is required”.

Adds Struck: “We can switch on that capacity pretty quickly, with just a year or one and a half years advance notice, so from the capacity point of view we are rather flexible.”

Struck says that the integrators account for just up to 16 DXB flights per day at present, “so not even one flight per hour,” and is not a substantial issue.

While DXB is a 24 hour operational airport, the major peaks of Emirates flights are between midnight to 3am and from 6am until 11am, when capacity becomes scarce. At all other times slot capacity is not critical and provides a window of opportunity for the integrators and others.

Meanwhile, Dubai Airport has reached agreement with the integrators on what it will provide to them at DWC, which is a mix of facilities and land where the integrators can build their own required infrastructure if they want to, or using dnata as a ground handler.

Currently FedEx and DHL are, in effect, self handling, while UPS is handled in the dnata warehouses, as is TNT, but the merger of FedEx and TNT may change that arrangement over time.

When will the welcome carpet be rolled out for the integrators at DWC?

Says Struck: “First of all, that is a decision that Dubai Airports has to take, on which they will be consulting with us. It is my understanding that this will be happening sometime in the next two to three years, depending on the capacity requirements that the airport has for non-integrator traffic.”

Emirates SkyCargo reported in September 2018 that its trucks had made more than 272,000 journeys, carrying 1.2m tonnes of cargo between the two airports with an average transit time of 4.5 hours for goods off-loaded from a freighter aircraft to their departure on a passenger aircraft.

Long horizons and strategic planning are at the core of DWC and the larger Dubai South, focused on building facilities related to logistics.

Says Struck: “Almost every day I can see new warehouses popping up around the Dubai South site, providing substantially for the long term requirements of the UAE and the industry.

“So, with that in mind, I have really no concerns whatsoever that we will really find a medium and a long term solution for all the players.”