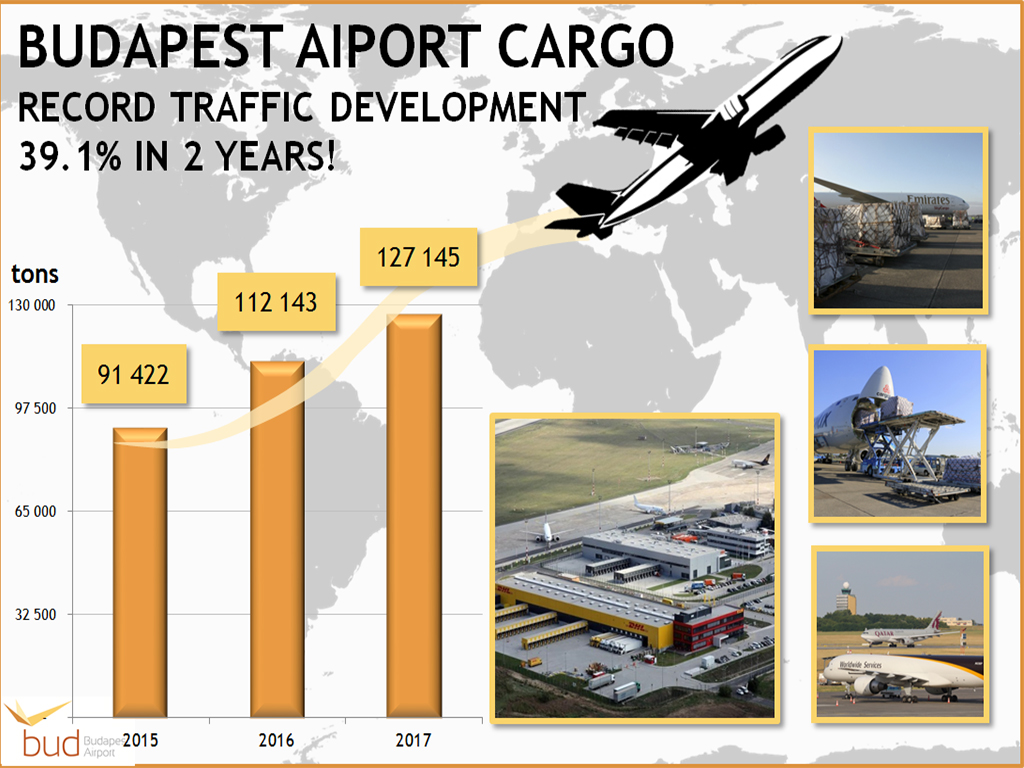 Budapest Airport saw its cargo throughput reach a record high of 127,145 tonnes in 2017.
The figure represents a rise of 13.4% in comparison to the previous year’s total – and 2018 is off to a similarly encouraging start, with January and February volumes up 17.4% over the same two months of last year at 21,750 tonnes.
The Hungarian gateway cited its expanded e-commerce capabilities as a driver of growth in its cargo traffic. It opened two new express facilities totalling 16,000 sq m in the summer of 2017, as part of its €160 million BUD:2020 Development Programme.
A 20,000 sq m dedicated freight centre, Cargo City, will be handed over in the second quarter of 2019, enabling the airport to handle up to 250,000 tonnes of cargo per year.
René Droese, director business unit property and cargo, commented: “Our cooperation agreement with STO Express and EKOL last year is testament to our continuous commitment to strengthening links between China and the European Union. As a result of being designated the preferred hub for air cargo by STO Express, e-commerce is set to experience a notable upswing at Budapest.
“Thanks to our development programme, we will be able to cover the entire cargo catchment zone, from Ukraine to the Czech Republic, and from Poland to Bulgaria, where the relevant air cargo industrial production is booming,” he added.
Budapest Airport will benefit from an additional 20,000 tonnes of belly capacity LOT Polish Airlines launches twice-weekly flights to Chicago and begins serving New York four times a week.
American Airlines, meanwhile, is set to commence a direct daily service to Philadelphia, as reported by Air Cargo News on January 26. Qatar Airways will also add space later this year.