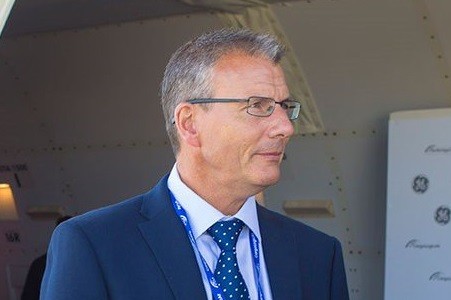 In the UK, EMA is second only to London Heathrow in terms of the annual cargo tonnage, with DHL, UPS, FedEx/TNT and Royal Mail significant customers.

In October, EMA recorded its highest ever monthly cargo volume – 34,877 tonnes, and it has ambitious plans for future growth, with a new commercial strategy to be announced early next year.

Work is already nearing completion on the East Apron extension which serves the FedEx, UPS, and Royal Mail operations. This will allow up to four more aircraft to be parked at any one time and support the growing schedules of these and new prospective operators.

Also at the east side of the airport, UPS’s new facility is rapidly taking shape. The £114m development will double the size of its operation at the airport, making it UPS’s largest air logistics facility outside the US.

Harvey said: “I’m very excited to be joining the team at EMA. The opportunities for the airport are significant, particularly as the UK considers new trading relationships with countries all over the world. In future years, EMA will play an even more critical role in facilitating UK trade, supporting businesses and creating jobs for people in this region. I look forward to helping the airport achieve this.”

Ontario International Airport (ONT) in California, US, saw its airfreight volumes increase in July, while the coronavirus pandemic continued to…